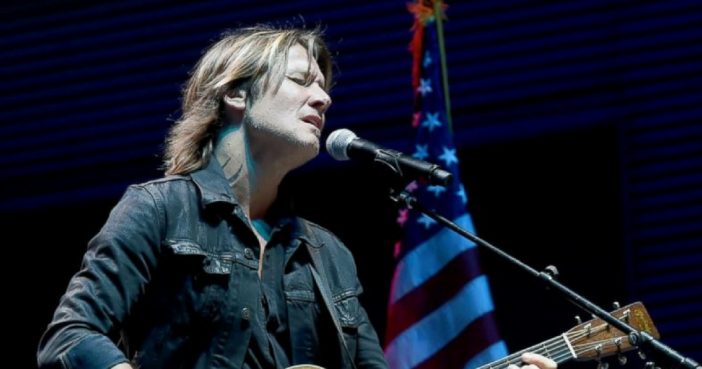 Australian superstar Keith Urban led into an emotional version of Simon and Garfunkel’s “Bridge over Troubled Water” with a very personal story.

“Our 9-year-old, as I was driving her to school this morning, said to me, ‘Dad, you seem quiet,” Urban said, referring to Sunday Rose, his oldest child with actress Nicole Kidman. “I said, ‘Yeah, really there was a lot of people killed last night.’ And she said, ‘Did you know any of them?’ And I said, ‘Not that I know of.’ And then she said, ‘Well then why are you so sad?’ I said, ‘Well, first of all, these were innocent people, horrifically taken.”

He went on to express why an unfathomable tragedy like this hits the country music community especially hard.

“They’re like family,” Urban said of the fans who lost their lives at the outdoor concert. “It’s the one thing about country music that’s always been at the center of it, in that it is a community. It’s about community. And so I did know those people, in that way, and it just really hit me.”

All of us at Doyouremember.com are sending our heartfelt condolences to those lost in the tragic Las Vegas Massacre. Prayers to all affected by this horrific tragedy. RIP

Previous article: Comedian Ralphie May Dies At Age 45
Next Post: Downright Offensive Ads Of Yesteryear That You’ll Need To See To Believe!