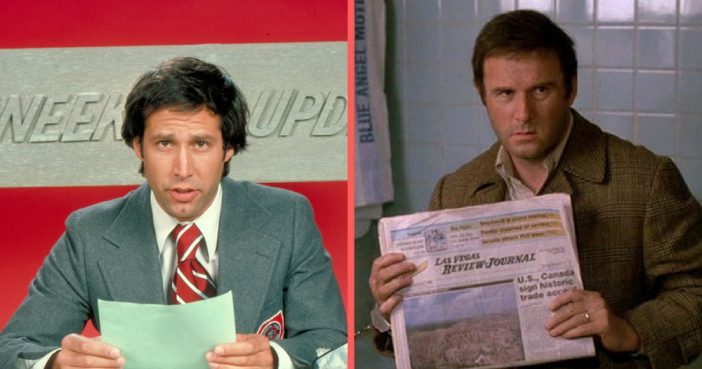 Saturday Night Live, the live comedy sketch show known for its vivacious cast members and ability to see the humor in current events and societal values, has been on the air since 1975. While the show has been at the center of controversy more than once during its four-decade-long run, loyal fans return to watch new cast members make them laugh every Saturday night.

But in the show’s history of celebrity guest hosts and slapstick-humored skits, several Hollywood stars have been banned from reappearing on the show. So what exactly warrants a ban from one of the televisions most notoriously inappropriate shows? Read to find out!

When singer, Elvis Costello, appeared as a musical guest on “SNL” everyone was excited to see what the musician would do. However, after interrupting another band to perform “Radio Radio,” a song that criticized mainstream broadcasting, he was banned from television. When he was finally asked to return to the show, he performed the exact same stunt and was banned again. Some people never learn.

2. RAGE AGAINST THE MACHINE

This rock band was invited to be the musical act for a 1996 episode hosted by billionaire, Steve Forbes. Before performing a hit song, the band decided to make a political statement that angered the crew, producers, audience, and viewers at home. They revealed upside-down American Flags on their instruments and outfits and were immediately escorted offstage, never to perform on “SNL” again.

The caring father in “Christmas Vacation” is not so caring in real life. After hosting “SNL” in 1997, Chevy Chase was banned from hosting the show ever again due to his demeaning and biased treatment of the cast and crew members during rehearsal. Although Chase can no longer host “SNL,” he has made a few cameos on the show since his banning.

Irish singer, Sinead O’Connor, is not only known for her strong voice, but also her strong political statements. In a 1992 episode of “Saturday Night Live”, O’Connor performed an a cappella version of Bob Marley’s “War.” What started as a beautiful piece ended in controversy as O’Connor protested organized religion with many offensive gestures.

Page Page 1 of 3
Previous article: Here Are 21 Powerful Photos Showing What It Was Like Being A Rural Doctor In 1948
Next Post: ‘Goodfellas’ Actor Chuck Low Dies At The Age Of 89