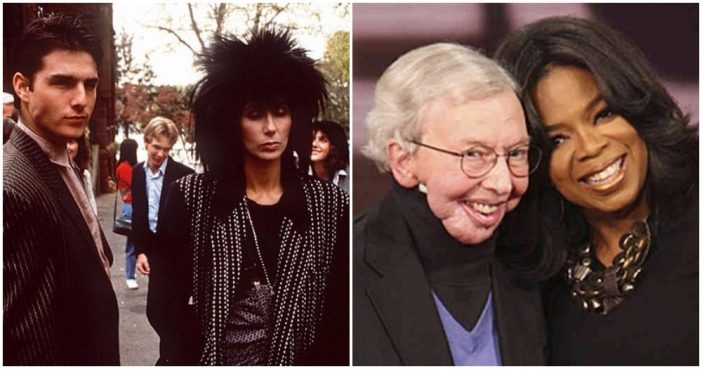 Some combinations, like peanut butter and jelly, are made for each other. Others, like oil and water, are not. The same goes for celebrities, who, as the tabloids desperately want to prove to you, are just like us. Sometimes they’re attracted to the wrong people. And sometimes, they’re attracted to people who seem like their polar opposites, but turn out to be their soul mates instead.

It’s hard to say what attracts people to each other, but when the primal instinct kicks in, no one can stop it. Not even the rich and famous. This urge has resulted in a slew of romances that just don’t make sense to us or anyone else. To honor life’s little surprises, we’ve gathered some of the quirkiest, strangest, and most unorthodox pairings to bring you 15 Celebrity Couples You’ll Never Guess Dated in Real Life.

She helps people put their lives back together for a living, he picks their labors of love apart in his reviews. She shares with her guest’s advice for how to move forward, he tells players in the movie industry how not to suck. Their pairing was the not-so-classic match between the generous supporter and the cutting critic.

Had they lasted beyond two dates, Oprah and Ebert could have joined forces to create a gladiator-style show where authors and directors would compete for their highly desirable stamp of approval.

After the-the Spice Girls’ performance during the London Olympics, all eyes were on the mega group again. Which meant the paparazzi was armed and ready to document their every move. One of Geri Halliwell’s (a.k.a. Ginger Spice) moves? Dating Russell Brand, the comedian most famous for Forgetting Sarah Marshall and marrying then divorcing Katy Perry. Before that, he was well known on the other side of the pond for being Shagger of the Year, three years in a row.

Generation gap considered, this certainly caused some “WTF?” thoughts for their respective fans.

While both Rodman and Madonna were known for their outrageous style, they came from totally different fields. In his autobiography, Dennis Rodman even writes, “I didn’t know what the hell this white megastar wanted from me.” That just about sums up our sentiments as well.

Allegedly, when Madonna first met Rodman, she locked the two of them in her hotel room and said that she would not let him out. How they crossed paths, why Madonna desperately wanted his baby, and who acted on his or her desires first are all questions that will have to remain a mystery.