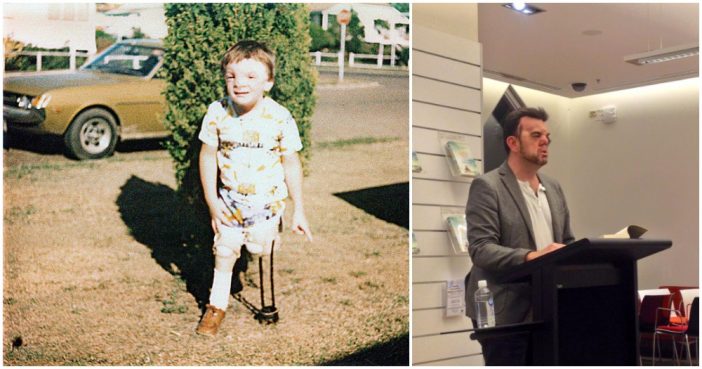 The day your child is born is one you will remember for the rest of your life. The moment you get to see your child’s face for the first time is ingrained in your memory forever. This moment was even more impactful in a day and age when there were no prenatal scans to catch a glimpse of your baby’s face before they were delivered. In the 1970s when Australian Robert Hoge was born, if your child were to have a facial abnormality, you wouldn’t know until the moment you looked them in the eyes, face to face.

When Robert Hoge was born in Australia 44 years ago, his mother could hardly bear to look at him. She found her own son to be so grotesque, that for an entire week, she didn’t want to take him home with her. She even found herself wishing he were dead. “He is so ugly,” she confided to her sister.

Her son had an enormous tumor on his nose and various other birth defects. But despite expectations to the contrary, the relationship between Robert and his mother was anything but poor. Robert holds his mother in high esteem because of the inspirational influence she had in setting him off on the right path in life.

Following a family meeting, the four-time mother decided to bring her baby home after all. Over the years, she not only learned to open her heart to him, but she also grew to accept and love him exactly as he was.

Page Page 1 of 4
Previous article: Who Was Your Female Celebrity Crush When You Were Young?
Next Post: Check Your Wallet: Your $1 Bills Might Be Worth Thousands Of Dollars