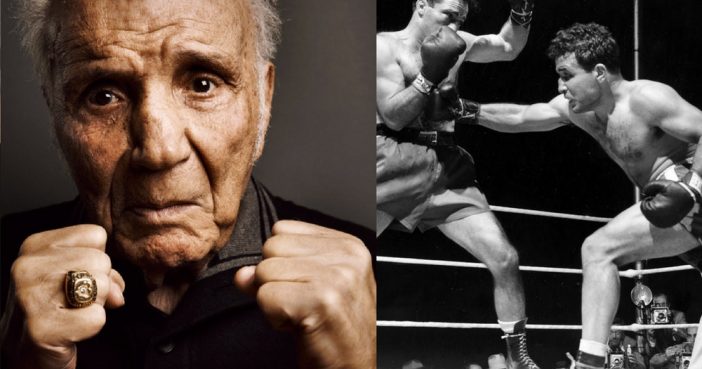 Boxing legend Jake LaMotta — the champ who was played by Robert De Niro in the movie “Raging Bull” — died Tuesday, TMZ has learned. He was 95.

Jake’s wife tells TMZ, Jake died in a nursing home due to complications from pneumonia.

Another family member tells TMZ, Jake’s condition deteriorated in the last few weeks. He was put on a feeding tube, which he kept pulling out. His condition worsened considerably in the last few days and a decision was made to withdraw the tube.

Jake’s wife tells TMZ, “I just want people to know, he was a great, sweet, sensitive, strong, compelling man with a great sense of humor, with eyes that danced.”

LaMotta was 83-19 in 106 pro fights — a career that began in 1941, after he was rejected from serving in the military due to a medical issue.

He went on to win the world middleweight championship — but he’s most well known for his 6-fight rivalry with Sugar Ray Robinson … Though he only won 1 of the 6 fights.

LaMotta was famously portrayed by De Niro in the 1980 movie “Raging Bull,” based on Jake’s autobiography. De Niro won the Academy Award for Best Actor that year.

Previous article: The Bizarre Ghost Ship Story Of The SS Baychimo That Was Seen Sailing The Seas Unmanned For 38 YEARS…
Next Post: Four-Letter Word that Reads the Same Upside Down and Right Side Up?