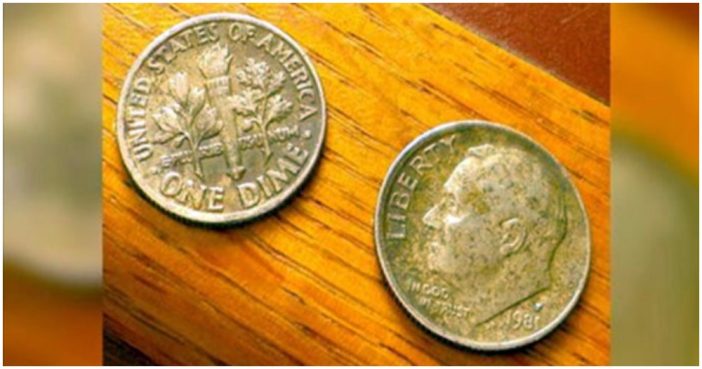 Most of us don’t think much about coins. Especially as banking continues to move more and more away from paper and metal, it seems like we hardly ever need to deal with actually change anymore.

However, sometimes the average coins rattling around inside of our wallets are worth more than the price of a cup of coffee or a quick snack. In fact, they could just be more valuable than you could possibly imagine!

In 1894, a few dozen dimes, called Barber dimes, were minted. When you hear how much they’re worth, you’re going to go scrambling through your couch cushions….

Chances are that, whenever you pay for groceries and you receive a handful of change, you don’t spend much time inspecting it. You’re in too much of a rush! Besides, coins are less and less useful in modern times, what with the advent of credit and debit cards.

But did you know that among that handful of pennies, nickels, and quarters you might be holding something that’s incredibly rare? Some dimes in circulation are actually worth $1.9 million dollars apiece! You could have one in your possession right now and not even know it!

These extra special (and nearly priceless) rare dimes were first minted in 1894. In coin collecting circles, they’re known by their original name: the 1894-S Barber dime. Isn’t it crazy to think that this seemingly ordinary bit of change could be so valuable? Here’s why…

The story behind the minting of the Barber dime is like something out of a fairy tale. In 1894, John Daggett, the former superintendent of the San Francisco Mint, had 24 special dimes created. John gave three each to seven of his closest friends and the remaining three to his youngest daughter.

Page Page 1 of 3
Previous article: 18 Diagrams That Perfectly Illustrate How To Pet Animals Properly
Next Post: Object Of Intrigue: The Most Beautiful Banknote In U.S. History