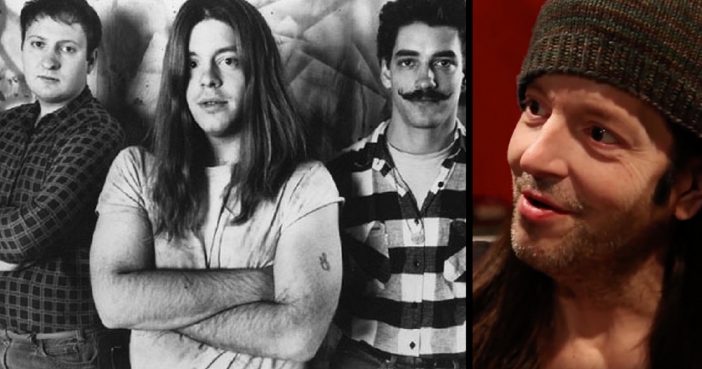 Variety has confirmed that Grant Hart, drummer, and co-lead singer of influential American indie band Hüsker Dü, has died. He was 56 and had been battling cancer.

Around 11 p.m. Pacific Time, the official Hüsker Dü Facebook page posted a photo of Grant with no caption.

The Minneapolis band, which Hart formed with fellow singer-songwriter Bob Mould and bassist Greg Norton in 1979, was one of the leading lights of the American independent-rock movement of the 1980s. While strongly influenced by punk and the then-burgeoning West Coast hardcore scene, the band’s melodic leanings increasingly came to the fore on its later releases. As part of an unexpectedly strong local rock scene that also included the Replacements and Soul Asylum, the group had signed with Warner Bros. and were at the peak of their popularity when they split acrimoniously in early 1988. Mould went on to a successful solo career that included solo albums, a stint leading the band Sugar and even as a creative consultant for World Championship Wrestling; Hart released several albums and EPs over the years both solo and as leader of the band Nova Mob.

While the Hüskers’ split was so bitter that the band members only recently began communicating regularly again — around the forthcoming release of “Savage Young Du,”  a sprawling three-disc compilation of much of the band’s earliest material. Yet the prolific and hard-touring Huskers cast a wide shadow over American rock of the ’80s and ’90s and beyond, influencing untold thousands of fans and musicians, not least Foo Fighters frontman and former Nirvana drummer Dave Grohl.

Hart, speaking with NPR recently, said of “Savage Young Dü”:”Hearing this stuff for the first time in a couple of decades, I [was] realizing the historical significance of what we were doing at the time. Of course, at the time, we were a bunch of kids playing rock ‘n’ roll in the basement. But the potential that Hüsker had showed right out of the gate.”

Thursday morning, Mould posted two photos of himself and Hart, one from early in the band’s career and a more recent one, and wrote the following post:

“It was the Fall of 1978. I was attending Macalester College in St. Paul, Minnesota. One block from my dormitory was a tiny store called Cheapo Records. There was a PA system set up near the front door blaring punk rock. I went inside and ended up hanging out with the only person in the shop. His name was Grant Hart.

“The next nine years of my life was spent side-by-side with Grant. We made amazing music together. We (almost) always agreed on how to present our collective work to the world. When we fought about the details, it was because we both cared. The band was our life. It was an amazing decade.

“We stopped working together in January 1988. We went on to solo careers, fronting our own bands, finding different ways to tell our individual stories. We stayed in contact over the next 29 years — sometimes peaceful, sometimes difficult, sometimes through go-betweens. For better or worse, that’s how it was, and occasionally that’s what it is when two people care deeply about everything they built together.

“The tragic news of Grant’s passing was not unexpected to me. My deepest condolences and thoughts to Grant’s family, friends, and fans around the world. Grant Hart was a gifted visual artist, a wonderful story teller, and a frighteningly talented musician. Everyone touched by his spirit will always remember.

Godspeed, Grant. I miss you. Be with the angels.”

And the tributes are pouring in…

Page Page 1 of 2
Previous article: What The Cast Of ‘Three Men And A Baby’ Are Doing Today
Next Post: Awkward Photos Of Men In Shorts From the 1970s