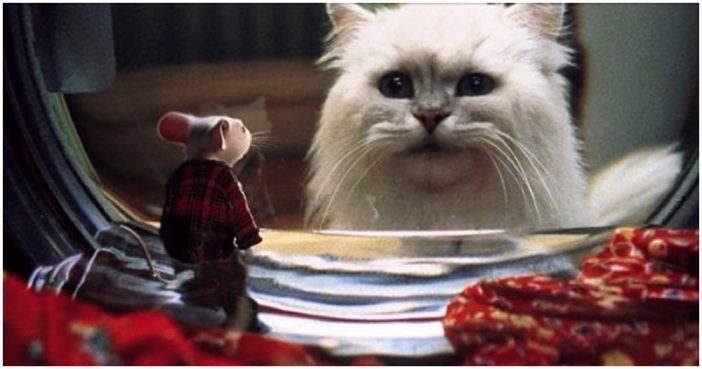 We’ve rounded up 27 of our top talking animals in film Enjoy!

The Real Animal: One last rabbit, though we’ve never seen a rabbit dressed up like this in the wild.

The Movie Animal: An animated goofball with one heck of a sexy lady for a wife.

Best Quote: “Check the probate. Why, my Uncle Thumper had a problem with his probate, and he had to take these big pills, and drink lots of water.”

The Real Animal: A Pacific Regal Blue Tang, which is a very long name for a not-very-big fish.

The Movie Animal: More forgetful than our Aunt Ada, Dory’s winsomely kooky – though we wouldn’t necessarily pick her to go on a quest with. Still, she pretty much saves the day in the end.

The Real Animal: A pig. Yes, a smelly, noisy, hairy pig. With trotters.

The Movie Animal: One for the kiddies that adults can enjoy, too. His parents may end up pork, but Babe’s got an adaptable spirit that means he can turn his trotter to anything. Including becoming the world’s first sheep pig.

Best Quote: “Move along there, ya… big buttheads!”

The Real Animal: A bear, though what species of bear is up for debate.

The Movie Animal: Think a miniature frat boy and you’ve got a fair picture of Ted. He loves weed. He loves to get drunk. And he loves Flash Gordon. We wish he was our drinking buddy.

Best Quote: “I look like something you give to your kid when you tell ’em Grandma died.”

The Real Animal: A rabbit. Again. There’s a reason for the phrase ‘go at it like bunnies’, you know.

The Movie Animal: The kind of cute that’ll melt even the iciest of hearts. When Thumper laughs, we laugh. When Thumper cries, we cry…

Best Quote: “‘Eating greens is a special treat, It makes long ears and great big feet. But it sure is awful stuff to eat.’ I made that last part up myself.”

Page Page 1 of 6
Previous article: Clint Eastwood: The Top Five Songs He Ever Composed
Next Post: Seniors Dance ‘The Shag’ And Surprise Everybody On The Dance Floor