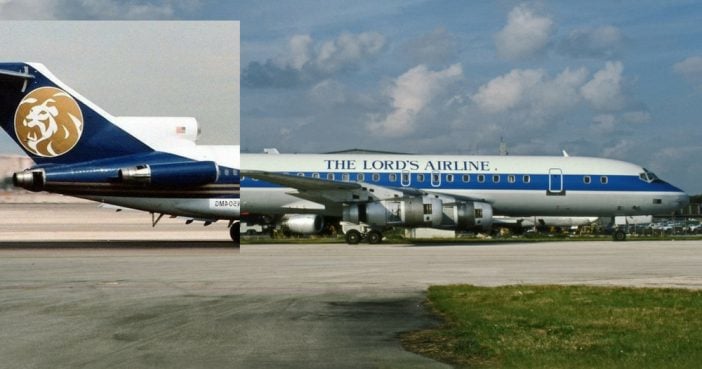 Back in the go-go 1980s, the airline business was like catnip to any self-respecting (or self-aggrandizing) entrepreneur. Newly deregulated, the airlines appeared to offer an aspiring tycoon a fast path to prestige and riches—or so it seemed. With the active encouragement of Washington policymakers (not to mention Wall Street bankers eager to cash in on these schemes), more than 100 airlines announced their intention to apply for scheduled airline authority in the decade after President Jimmy Carter signed airline deregulation into law in 1978.

Some of these companies succeeded wildly before the proverbial crash to earth; others were so far-fetched they never even took off. Here, some of the more memorable airlines that tried.

Billionaire Kirk Kerkorian, who made his fortune developing Las Vegas casinos, figured he could roll the dice with an idea whose time seemed to have arrived: the all-first-class airline. He grabbed some narrow body jets, ripped out the old coach seats, and tarted them up with leather swivel chairs, queen-size beds, tuxedoed flight attendants, and a stand-up bar. (Some of the fleets came from an earlier, short-lived, attempt at the concept, Regent Air.) Luxury scheduled flights between Los Angeles and New York JFK debuted in mid-1987, but despite the celebrities it attracted (Madonna; Axl Rose) and the fact that it charged $2,000 for round-trip fares, it never made money. The airline fizzled out in the mid-90s.

In the late 1980s, a New York real estate heir named Donald Trump was on a roll, snapping up trophy properties like Manhattan’s Plaza hotel. So when a chance to join the exclusive airline club came his way, he jumped—apparently without looking too hard at the merchandise. What he got was a geriatric fleet of 727s operated by the Eastern Shuttle from New York City to Washington, D.C., and Boston, which parent Eastern Airlines had put on the block. Trump slapped his name on the planes and spent millions glitzing up the interiors with chrome and faux marble touches, but it never turned a profit, and the now-president was forced to divest the airline in 1990.

Before Virgin or JetBlue, there was the cult of People Express, which became a media darling after taking off in the early 1980s under the leadership of its charismatic and visionary founder, Don Burr. The Harvard-educated businessman was an airline veteran, but his ideas for his own airline shocked the then-staid industry; his employees rotated among jobs—pilots would load bags and financial analysts would moonlight as flight attendants—and customers paid for their tickets onboard the plane. With fares starting at $23 one-way in the Northeast, the no-frills airline launched with virtually no advertising and was an instant hit. Then Burr got too ambitious: he snapped up some used 747s, added a first class, and began flying to London and other European capitals; soon, the formerly profitable line was quickly awash in red ink. People Express was acquired by Continental Airlines in 1987.

More than 30 years before packed planes became the new normal, a businessman named Michael Hartley hit on what seemed a surefire success: jamming a 747 plane with 501 seats (versus around 400 in a conventional, multi-class layout.) He offered tickets from Los Angeles to Honolulu at the absurd-sounding price of $89.95, nicknaming it “The Big Pineapple.” Established airlines on the route were quick to teach the interloper a lesson, slashing their own fares to Hawaii Express’s prices (only to raise them when the airline, predictably, lost customers and shut down.)

Maybe names do really matter, and calling an airline company a “challenge” hardly inspires confidence. But an overabundance of confidence may have led some aviation executives in the mid-1980s to create a passenger sibling to their all-cargo airline, using a fleet of 727s and 737s to fly from East Coast cities like Newark to Miami to points all over the Caribbean and Central America. Unfortunately, it never hit on a formula for success, and its moniker became a punch line when it ran out of money in late 1987 and declared bankruptcy.