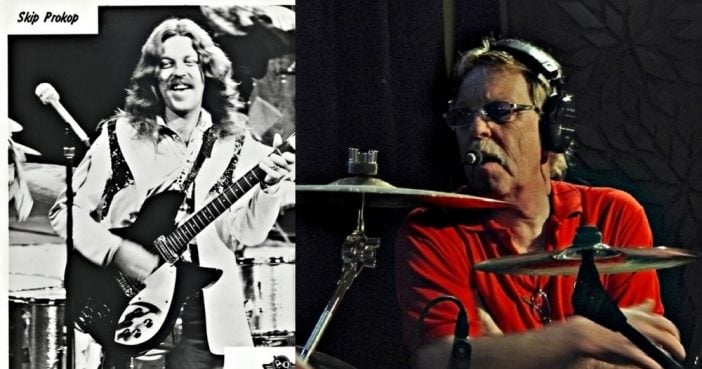 Ronald Harry “Skip” Prokop was a Canadian drummer and band leader who was a driving force in Canadian rock music, creating seminal bands, including The Paupers. In 1969, Prokop co-founded the rock group Lighthouse with Paul Hoffert. The world’s first 13-piece rock orchestra, it achieved international success as Canada’s leading rock group. Lighthouse was the first group in Canada to be sponsored by a large corporation on a national level.

The Paupers were managed by Albert Grossman. He introduced Prokop to Al Kooper. Grossman asked him to leave The Paupers to play drums with Kooper and Mike Bloomfield for a follow-up recording to Super Session. The result was The Live Adventures of Mike Bloomfield and Al Kooper, a seminal live blues-rock album of the late 1960s. Prior to the founding of Lighthouse, Prokop also played on a number of other sessions, including one with Janis Joplin at RKO Studios following her parting with Big brother & The Holding Company. This came about because Grossman had asked him to put a new band together for Joplin.

Paul Hoffert and his wife Brenda along with Skip Prokop co-founded the famous Canadian rock band LIGHTHOUSE in the 1970s. In 2006 I transferred a bunch of family video tapes for Paul and Brenda, wonderful family, very very nice people. Each time I went to their home to deliver done tapes and pick up some more, they insisted on feeding me a delicious lunch! One tape was a Umatic video tape of the 1982 LIGHTHOUSE REUNION weekend at the then outdoor Ontario Place Forum. On the tape is the only time I am aware of that their wives and kids were on stage altogether to perform one of the songs. This short clip from the 50-minute show is that families’ performance. Very cool! (HomeMoviesdotCa – YouTube)

He wrote “I’d Be So Happy”, which was recorded by Three Dog Night in 1974 on their album Hard Labor.

We have no further details on his passing. RIP.