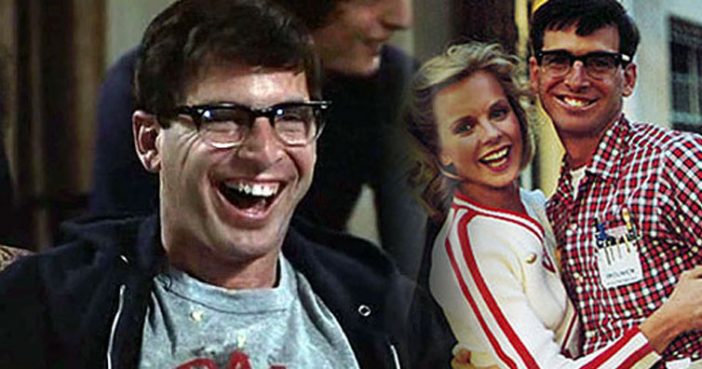 This movie was the one that made it okay and even cool to be a nerd. When these guys get to college, they hoped that things for them would be different. Only to find out that they are not accepted anywhere and so they bound together and start their own fraternity chapter. Meanwhile, the ‘cool’ people continue to degrade them until they get smart and fight back! It’s fun to take a look at these creative characters then and see what they look like now.

He was the main character who ended up leading this group of nerds to the height of coolness! He also ends up with the girl.

He was Lewis’ best friend and he was extremely supportive of his friend’s ambitions.

His character was less of a genius and more of a gross oddity. I guess someone has to do it because it helped make this movie memorable and hilarious!

He was the youngest nerd who made it to college at an early age because of his genius. He was only 12-years-old when he played this role.

Page Page 1 of 3
Previous article: Mommy Tells Little Girl ‘No More Princess Dresses,’ Her Comeback Has Internet In Laughter
Next Post: 12 Wrestling Superstars From The 80s: Where Are They Now?