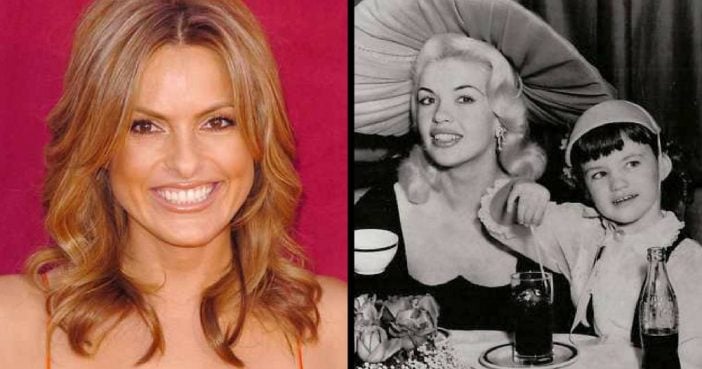 Fans of actress Mariska Hargitay know her best from “Law and Order: Special Victims Unit.” Her portrayal of tough-as-nails cop Olivia Benson won her a Primetime Emmy in 2006 along with countless other nominations.

However, many people also know her as the daughter of famous actress Jayne Mansfield. Sadly, Mansfield died in a car accident in 1967.

In honor of the 50th anniversary of the accident, Hargitay shared some intimate thoughts during an interview with Closer Weekly. She also talked about her tragic childhood and her desire to carve her own life path.

Mariska Hargitay, The Daughter Of A Hollywood Icon

Hargitay was born into a famous family. Her mother, Jayne Mansfield, was a sex symbol in the ’50s and ’60s. Her father, Mickey Hargitay, was a Hungarian-born actor and one-time Mr. Universe winner (Mr. Universe, now called Universe Championships, is an international bodybuilding competition).

“In some ways, being the daughter of a Hollywood icon has been a burden,” Hargitay told Closer Weekly. “I used to hate constant references to my mom because I wanted to be known for myself. Losing my mother at such a young age is the scar of my soul.”

Hargitay was actually in the car during the accident that killed her mother. The 3-year-old was asleep in the back seat of the car, which was heading to New Orleans. Their limousine smashed into the back of a truck, killing Mansfield. Hargitay ended up with a scar on her head, but no memory of the accident. And she also lost the chance to grow up with her mother.