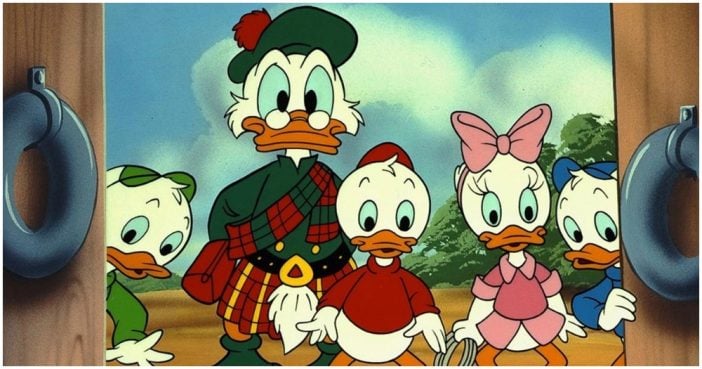 Anyone who’s ever watched even one episode of DuckTales will at least remember the theme tune. It will be etched into the stone tablets of your memory, never to be removed…

But for those of you who are staring blankly right now, let us remind you; DuckTales was an American animated TV series created by Disney. It ran from September 1987 until November 1990, finishing after 4 seasons and 100 episodes.

The show followed Scrooge McDuck and his grand-nephews Huey, Dewey, and Louie. The nephews were originally living with their uncle Donald Duck (you may have heard of him), but were left in the care of Scrooge when Donald joined the U.S. Navy.

Page Page 1 of 3
Previous article: 21 Surprising Uses Of Vicks VapoRub You Didn’t Know
Next Post: 7 Old-School Playground Games That Will Make You Miss The Old Days