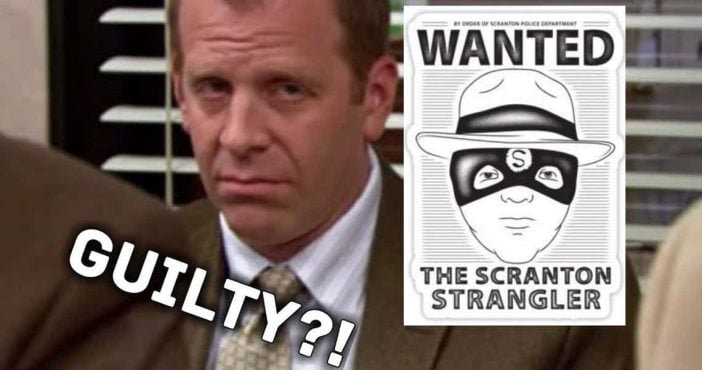 As long as it’s written and directed well, television can be an extremely entertaining art that allows TV people to flex their creative muscles while we sit back and enjoy whatever it is that has fallen out of their heads. It’s a win-win situation! Well, there are some people out there who think they can make some of our favorite television franchises even more interesting by concocting some absolutely outrageous theories that we know you’re going to enjoy.

One main thing we really enjoy about these theories is that they’re taking an existing artistic property and allowing completely different people to be creative with them. If you’re a real creative, all you could ever want is for your work to inspire others to create as well. All of the creators of these television shows can rest assured that they’ve passed their creative capacity onto someone else.

Now, we’re not trying to say that any of these theories are accurate, but we have to admit that they’ve definitely enhanced our enjoyment of a few of these shows. Once you read them, it’s impossible to get them out of your head. Ready to become a full-on television conspiracy theorist? Let’s get started!

1. Breaking Bad Is A Prequel To The Walking Dead

While most of the other theories on this list seem to be the collected ramblings of a group of creative fans, this one appears to have been set in place by the creators of the show! During the first season of The Walking Dead, there are a handful of nods to another famous AMC series, namely, Breaking Bad. The first of these is hidden in Merle’s stash of drugs above, where we can clearly see the blue crystal meth that Walter White was so famous for creating. Another easter egg is the car that Glenn drives in The Walking Dead, as it looks almost identical to the car that Walter White buys for his son before having to take it away to destroy it. Toward the end of the first season, Daryl is talking about a dealer that Merle once had, and his description sounds eerily like Jesse Pinkman. This is enough for some people to believe that the two shows share the same universe, one before and one after a zombie apocalypse.

While we weren’t around when Saved By The Bell first appeared, we must admit that we watched quite a few reruns when we were younger, usually before we had to go off to school ourselves, dreaming about how our lives could be like those at Bayside High School. Well, according to some fans, the show was already a dream in the first place. As many fans have pointed out, the theme tune is unlike any episode of Saved By The Bell, describing a day at school that would plague a nerdy underachiever. This is what Zack’s life is really like, and Zack Morris has had to imagine a much better life to deal with what he has to go through. Haven’t you ever wondered why these people have ended up in a best-selling band? All go to Hawaii together? Not being funny, but this guy can literally stop time. That’s not possible in the real world.

Why are all of the theories of this show so depressing? We know it had adult jokes, but this feels like it’s going too far! So, if you’re not totally sold on the antidepressant theory, then we’ve got something equally depressing, if not even more depressing, for you to take a look at. The theory goes that Timmy Turner once had actual Godparents who died in a tragic accident. The woman who looks after him, Vicky, is horrible to him and slaps him around. His teacher, who is obsessed with finding his “fairies,” is actually a child molester who’s constantly attacking Timmy when he can. To escape this horrendous reality, he spends his life pretending that his fish are his fairies that can grant his every wish and take him away from the life that he hates. People have way too much time on their hands to come up with this sort of stuff.

Page Page 1 of 5
Previous article: Did You Get It Right?
Next Post: “Me And You And A Dog Named Boo” – What The Sweet Song Is Really About…