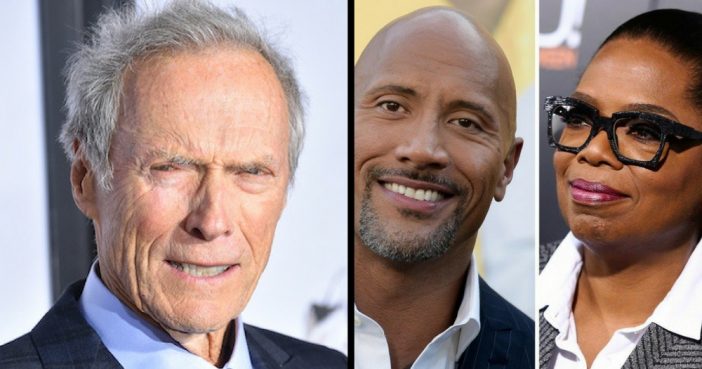 Since all eyes are set on the political scene these days, we can’t help but imagine a parallel universe where the famous politicians of America stepped down only to be replaced by prominent celebrities. Chaos would probably ensue, but it’s an interesting thought to reflect upon. Here’s a list of 21 celebrities we think would make darn good politicians and maybe even presidents!

One of the most popular action movie hunks of all time, Sylvester Stallone entered the world of showbiz in the ’70s, showing off his incredibly muscular body and ability to act like the ultimate badass on the big screen. He rose to fame with his role in the popular film series Rambo, portraying John Rambo, a soldier of the United States army. He is also famous for his portrayal of Rocky Balboa in the Rocky film series.

Stallone is a person who understands leadership and deals with all matters in life with a firm hand and stout determination. He’s a strong Republican and even had the honor to meet Ronald Reagan in 1985. He received high praise for the inspiration Rocky Balboa provided to the US army. Straightforward, determined and disciplined, the traits every politician should master before engaging in paper wars.

Just imagine Clint Eastwood in a suit, giving an impressive speech with his raspy voice, getting things done his way and leading the nation toward prosperity and blissfulness.

It really isn’t that hard to picture, especially when you take Clint’s charisma into account. Everybody’s favorite cowboy is well-known as a hard worker and somebody who doesn’t run away from a challenge.

In 1992, Eastwood acknowledged that his political views amount to something between the ideas of Milton Friedman and Noam Chomsky, adding that this kind of view would make for a worthwhile presidential ticket. He’s an educated man who’s seen a lot in life and we feel like he would definitely be able to do the right things behind a desk, given the right amount of power. Also, can you imagine him saying “Go ahead, make my day” to his political opponents? It would be the best thing ever.

There’s something about people who have mastered the ancient art of satire that makes us believe they would be fine leaders.

After all, if that person makes people laugh with their comedic portrayal of the current state of the country, that means that they must be doing something right. Jon Stewart has been making people laugh their butts off for 16 years by doing exactly that.

As the host of The Daily Show, Stewart was always well versed in the world’s latest events, especially those concerning the political scene. He was up-to-date with everything going on and, even though he was joking most of the time, he showed that he had a rather interesting point of view. In fact, there are thousands of Stewart’s fans that hope he will eventually move from TV to the oval office – the “Jon Stewart for President” Facebook page currently has over 17,000 likes!