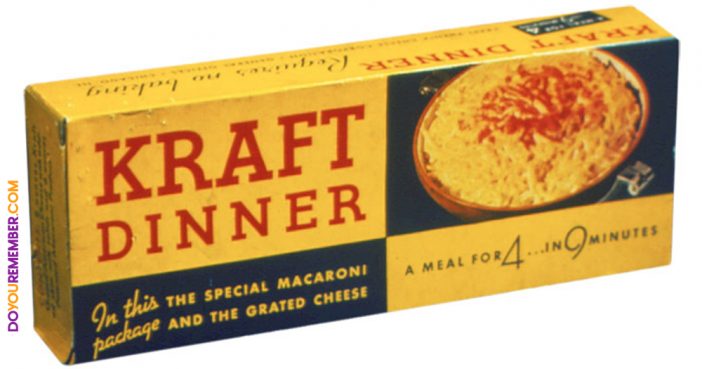 All our dairy dreams inched a step closer to reality on this day in 1880, when American business tycoon Charles Kraft was born. His brother James, six years his senior, began selling cheese from a horse-drawn wagon in 1903 Chicago, a small-scale if tasty operation that nevertheless needed an entrepreneurial push. Enter Charles and his siblings, who created J.L. Kraft & Bros. Company in 1914. Between James’ creative flair and Charles’ corporate acumen, the embryonic firm began to establish its mark; two years later, when James invented a revolutionary method of pasteurizing cheese so it could be shipped over long distances, the Kraft company had hit food-processing gold.

A contract with the government to supply cheese to soldiers during World War I brought not only financial success but also brand recognition to Kraft. In addition, a two-tiered strategy incorporating both the creation of new products and the acquisition and national promotion of promising foodstuffs gave the company a solid growth platform.

In 1928, Kraft acquired two of its iconic brands: Philadelphia Cream Cheese, which originated in 1880 based upon that city’s high-fat, cream-added recipe; and Velveeta, the processed, velvety product that was invented in 1908 by a small dairy in Monroe, New York.

Meanwhile, Kraft’s original foods literally changed the way the country ate. In 1933, the company created a less expensive alternative to mayonnaise, naming it Miracle Whip. Debuting at that year’s Chicago World’s Fair, the spread was made using a patented “emulsifying machine” developed by Kraft, which ensured the ingredients could be ideally mixed.

Four years later, Kraft Macaroni and Cheese was introduced as a prepackaged complete dinner for increasingly busy families. Inspired by the efforts of a St. Louis salesman who attached boxes of pasta to grated cheese, the product’s popularity exploded during World War II because of its long shelf life and the national dairy ration.

1949 saw the launch of Kraft Singles, which added postwar convenience to the act of making a sandwich. Each three-fourth-inch slice was produced separately, rather than being cut from a block. Kraft’s original ad campaign boasted that a slice contained “five ounces of milk,” a claim refuted in 1992 by the FTC, which ordered the company to stop using the misleading line.

Kraft always used vibrant marketing to promote its products, and was an early adopter of the power of the media to spread news of the brand to the nation. In addition to many memorable advertisements and commercials, the company sponsored the Kraft Music Hall show on radio, famously starring Bing Crosby, from 1933 to 1958; the variety program made the move to television in 1958, where it stayed until 1971. Perry Como hosted throughout the 1960s. In addition, the prestigious Kraft Television Theatre, which launched the careers of such stars as Hope Lange and James Dean, aired from 1947 through 1958. Always promoting their latest offering, the latter began advertising Kraft’s new Cheez Whiz in 1953.

Share your favorite recipe that has cheese, of course!