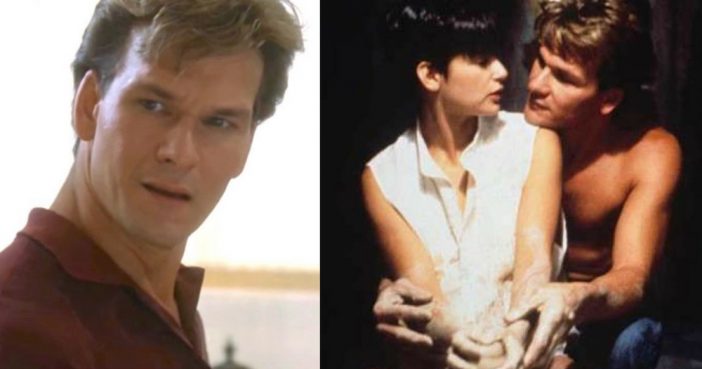 Patrick Swayze and Demi Moore who acted together in the movie ‘Ghost’ that was shot in 1990, did not expect it to be a big hit of the year.

Even the director Jerry Zucker, did not have the idea that a whole movie cast with the lead role as a ghost would be liked by many, however, to his surprise it happened to be most loved movie of the year.

Similar to movie ‘Dirty Dancing’, even though the idea behind the movie was funny, it really worked and became one of the classics.

Whoopi Goldberg a co-star, was the one to take the credit because she made it more hilarious, but the fact that casting of her character had problems when the movie began was totally new to me.

Read more to know more about this paranormal romantic movie.

1. Whoopi Got The Role Because Of Patrick.

Patrick who has no personal contact with Whoopi declined to act with anyone other than her, even though she had problems with the shooting dates and producers felt she may not do the role well.

2. Demi Was Preferred For Her Ability To Cry Whenever Asked For.

Demi can cry as of her wish but that’s not it, she can actually choose the eye from which she had to cry. This captivated the movie makers much more than her performance.

3. Babies Voices Were Used To Create The ‘Dark Shadows’.

The eerie music for the dark daunting shadows was created by slow rewinding of crying baby voices.

4. Patrick Had To Convince That He Can Do Non-Action Roles.

Patrick was considered only as action star as he excelled at movies Road House and Next of Kin. Although he acted in Dirty Dancing, screenwriter Bruce Joel Rubin and director Jerry Zucker were not sure to make him act in this soft role. However, when he dropped tears for his late dad on a live talk they changed their opinion

5. Patrick Was Not Given The Luxury For Being Warm.

The shooting happened on cold nights of New York and the whole team dressed up in warm clothes. But as Patrick was acting as ghost he wasn’t given any special clothing because climate wouldn’t affect ghosts.

And to add an extra pain he was made to put ice in his mouth to hide the visibility of his breadth.