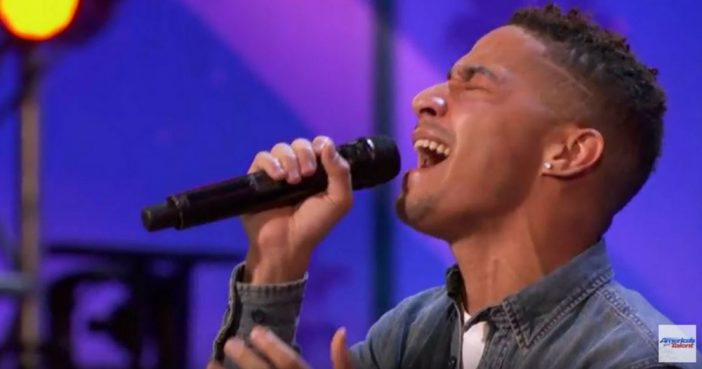 America’s Got Talent judge Mel B has paid tribute to contestant Brandon Rogers after his audition aired a month on from his death.

Brandon, who died in a car accident on June 11, sang Stevie Wonder track Ribbon In The Sky for Mel and her fellow judges Simon Cowell, Heidi Klum and Howie Mandel on Tuesday’s night’s episode.

His audition was a huge success and even earned him a standing ovation from the judges and the audience.

On Twitter, Mel expressed her shock at Brandon’s untimely and tragic death:

Meanwhile, Howie retweeted the clip of Brandon’s audition that had been shared by the official America’s Got Talent Twitter account.

On June 11, Brandon Rogers tragically passed away in a car accident. At the request of his family, we share his audition with you. pic.twitter.com/LNkNGYgvJH

After he Brandon had sung, Simon told him: ‘Your vocal work is stunning. You are one of the best singers we’ve had in the competition so far.’

The show paid tribute to Brandon with in a statement before his audition was shown. See NEXT page…