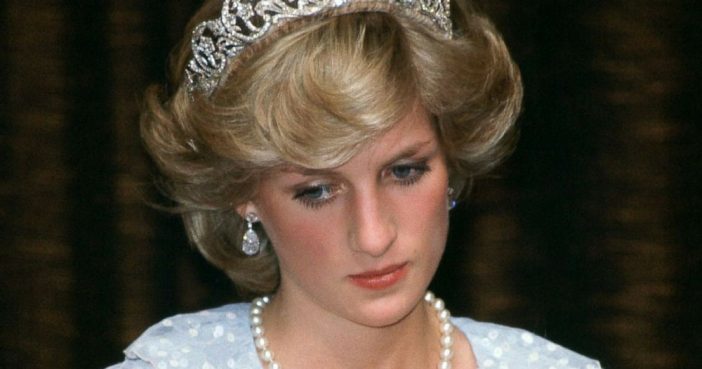 It’s been 20 years since the death of Diana, Princess of Wales, yet the fascination with her life and tragic death has never ebbed. Persistent plots and incessant rumors, books, tapes, letters, diaries, unpublished photos, videos – they all keep popping up, particularly when another anniversary approaches.

If we believe the most recent reports, there are still gray areas around the drama that stunned the world on August 31, 1997, when the car she was traveling in with her boyfriend, Dodi Al-Fayed, crashed in Paris.

Now, as the 20th year anniversary of her death nears, along with many ceremonies to honor her memory “new secrets” are being revealed.

Among those most remarked are the revelations of a new book by three respected French reporters – Pascal Rostain, Bruno Mouron and Jean-Michel Caradec’h – who reopened the file about the events that preceded the car accident in the Alma tunnel in Paris. In the process, they sought to answer the nagging question Who Killed Lady Di? (Qui a tué Lady Di?), the title of the book published by French publisher Grasset.

There’s also a new documentary video based on the book, entitled Death Of Diana: The Incredible Revelation.

Their research intends to close one of the most widespread rumors, mostly fueled by the angered billionaire Mohamed Al-Fayed, who fervently believed a plot was hatched by the British secret services to prevent Diana from marrying his son, Dodi, who also died in the accident.

Through the years, he challenged the results of the investigation in Paris and London that concluded the accident was due to speeding by the inebriated driver Henri Paul, who died as well in the crash of the Mercedes S-280 limousine.

For the authors of the book, there are outstanding issues and witnesses that bring new light to the tragedy and help clarify lingering doubts about what happened. One of them relates to a white Fiat Uno that was noticed under the tunnel by witnesses at the time of the crash but was never officially identified.

Debris from that car and traces of white paint found on the Mercedes prompted the investigators to search for the owner from a list of more than 5,000 white Fiat Unos in the Ile-de-France, the department (county) that includes Paris.

They uncovered a Frenchman of Vietnamese origin, a guard, who had shoddily repainted the vehicle red.

According to Who Killed Lady Di, the Mercedes arrived at the entrance of the Alma tunnel at about 150 kilometers per hour when the driver spotted the white Fiat, which was driving slowly. He hit the brakes, turning the car to one side – losing a rear-view mirror- before trying to straighten the car but had lost control.

Frightened and realizing that he was in the wrong place, surrounded by paparazzi photographers chasing the Mercedes, the driver of the white Fiat decided to flee, hoping to be forgotten.

His testimony helped international investigators eliminate the most extravagant rumors, including that of a murder plot, and concluding the crash had been a case of unlawful killing.

But the book’s revelation grabbing, even more, attention in France and Britain is the allegation that the car was a rolling disaster on wheels.

The limousine, it claims, was a death trap that had been written off because of a major prior accident. It had been rebuilt and put back on the road to ferry celebrity guests around town from the Ritz Hotel, a property of the Al-Fayed family and where Dodi and Diana had dinner that fatal night.

The vehicle was chosen at the last moment in a rush and without any security check by the driver, Henri Paul when Dodi asked to be immediately driven with Diana to his Parisian apartment.

The book traces the trajectory of the car’s “first life”: It had been bought new and stolen two years before the death of the princess by an escaped prisoner who took it on a joyride in the countryside near Paris. It was found destroyed in a field near the Roissy airport after rolling over several times, subsequently classified as a total loss and the owner reimbursed in full by the insurer.

The company, Etoile Limousine, which rents cars with drivers and works mainly for the Ritz, bought the rebuilt car from a Mercedes dealer. It was soon clear that it had stability problems. A former driver complained that it was unpredictable if driven faster than 60 kilometers per hour.

The car repeatedly was sent back to Mercedes for repair but the problems persisted. Several weeks before the accident it was stolen a second time, found again and garaged for further repairs

Eric Bousquet, an advertising executive who was the original owner of the Mercedes, confirmed to the journalists that it had been involved in accidents and had been stolen.

Paul, the driver, wasn’t trained to drive a limousine, which requires a special permit. In addition, he was drunk and on anti-depressants when, trying to escape paparazzi photographers close behind, he lost control of the car as it sped through the tunnel next to the Seine River and hit the wall of the underpass.

“We are not offering a theory, a new hypothesis,” said Orphelie Meunier, the presenter of the French TV channel M6 referring to the documentary. “We are really offering verified facts. Diana was not safe in that car.”

Cecilia Rodriguez for Forbes Princess Diana: Secrets That Never End About Her Death

The Day The Fairytale Ended