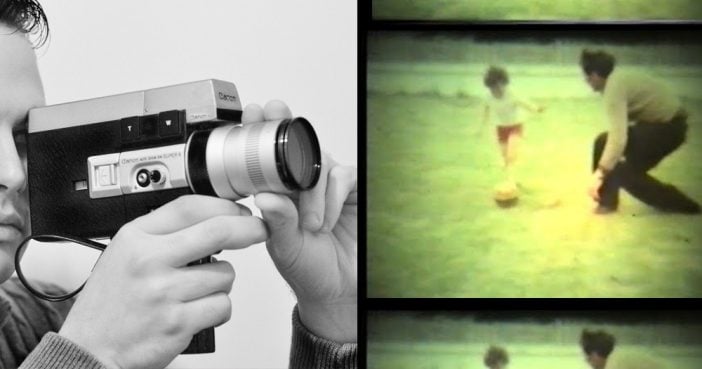 We’ve had the vinyl revival – now physical film is now making a comeback. The Kodak Super 8 camera puts a digital spin on a 52-year-old format: “It’s going to change the way Super 8 is used,” says Josh Robertson, a film community manager at Kodak.

First announced in January 2016, a small number of limited-edition cameras will go on sale later this year for around $2,500, before the $2,000 standard edition is released. Kodak collaborated with San Francisco-based designer Yves Behar to update the trad Super 8 look with a digital viewfinder and angled handle on top. It might seem like a strange balance – a film camera with a digital screen – but Kodak reckons it can attract a new generation of budding producers who’ve only ever shot on digital.

“Even though you are shooting on analog film, the digital viewfinder allows you to see what is going to be exposed on to it,” says Robertson. The cost of a film cartridge will also include processing and digitalization of footage, which can be uploaded to the cloud for easy editing.

Another big change: sound. Whereas Kodak’s 2016 prototype had a built-in microphone, the final model doesn’t. Instead, there’s an SD card slot, which connects to an external microphone.

The company’s renewed faith in film isn’t without precedent. Oscar-winners La La Land and Fences, as well as Hidden Figures, were all shot on the format, rather than digital cameras. Robertson hopes its Super 8 will appeal to people yearning for a more tangible creative process. “There’s a certain point when we are so bombarded with digital tech that we want to digital detox.”

Key Features of the new Kodak camera include:

The Hand Grip:
Hold it from the top, or screw a pistol grip into the tripod mount for run-and-gun shooting.

The Film
The Super 8 can shoot on daylight stock, tungsten and black-and-white film at 18 to 36 frames per second.

The Viewfinder
There’s a screen, but no touch controls. Settings are accessed through a toggle wheel on the side of the camera.Do you know anything else about this latest Kodak revamp? Let us know in the comments section below.SOURCES: (Wired, Youtube)

Previous article: How Well Do You Know Elvis?
Next Post: Teri Garr Battles Multiple Sclerosis With A Positive Outlook