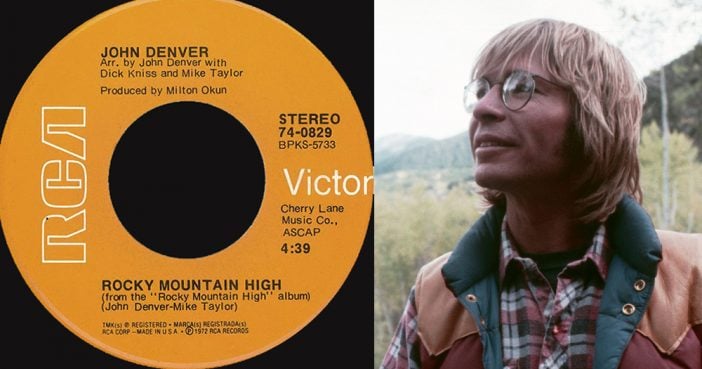 “As an artist, I am opposed to any kind of a rating system, voluntarily or otherwise. My song ‘Rocky Mountain High’ was banned from many radio stations as a drug-related song. This was obviously done by people who had never seen or been to the Rocky Mountains and also had never experienced the elation, celebration of life, or the joy in living that one feels when he observes something as wondrous as the Perseid meteor shower on a moonless, cloudless night, when there are so many stars that you have a shadow from the starlight, and you are out camping with your friends, your best friends, and introducing them to one of nature’s most spectacular light shows for the very first time. Obviously, a clear case of misinterpretation. Mr. Chairman, what assurance have I that any national panel to review my music would make any better judgment?”

Some Fun Facts About the Song:

In 2005, the song was performed by a soloist at the NBA all-star game in Denver, Colorado. After many years as an unofficial anthem for Colorado, on March 12, 2007, the Colorado General Assembly made “Rocky Mountain High” one of its two official state songs. The song shares this honor “Where the Columbines Grow” by A.J. Fynn.

“Rocky Mountain High” was also used in a commercial for Colorado-based Coors Beer.

Page 2 of 4
Previous article: Tribute to the wonderful works of Judy Garland
Next Post: Sarah Jessica Parker Posts Tribute To Son: ‘If I Could Save Time In A Bottle’