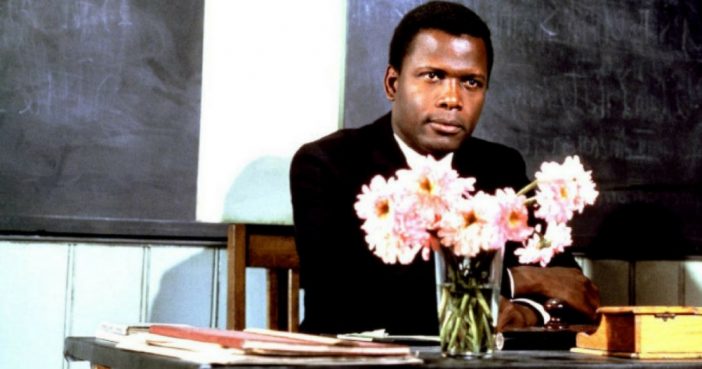 In the pantheon of classroom dramas, few remain as memorable as To Sir, With Love and few teachers as inspirational as Sidney Poitier’s Mark Thackeray, the stalwart head of an unruly class of misfits.

The film was a sleeper hit of 1967 despite a tepid reception from critics, who brushed it off as “well-meaning tripe.”

To Sir, with Love, a significant milestone made more poignant with the death of E.R. Braithwaite on Dec. 12, 2016 at 104 years old.

Braithwaite was an author, an educator and a diplomat. He was also the “sir” in To Sir, With Love. His book of the same name — a semi-autobiographical novel published a decade before the film’s release — chronicles his experiences as a young Black teacher in a classroom of predominantly white students at a London East End high school.

The book reveals not only the struggles of a highly educated Black man transplanted from Guyana into London, England but also the unique methods with which he inspires and motivates students overlooked by the educational system.

When the book captured the attention of Hollywood, director and screenwriter James Clavell repositioned Braithwaite’s story from the drab postwar ’50s to the hip, swinging ’60s to capitalize on the then-current wave of British pop culture. Mark Thackeray, Braithwaite’s cinematic stand-in, became a signature role for Poitier, and the title song was nominated for a Grammy and catapulted Lulu to international fame.

To Sir, with Love — through Poitier’s idealized vision of Thackeray — turns Braithwaite into the quintessential firm but caring teacher, teaching the unteachable and filling them with an appetite for knowledge and a sense of self-worth. I learned of Braithwaite’s death several months later when his companion, Ginette Ast, emailed me to about an interview I did with Braithwaite for TVO’s Saturday Night at the Movies.

Braithwaite was well into his 80s or early 90s at the time, and yet there was nothing in his demeanor to suggest age had any effect on him. We met and for three hours, Braithwaite enthralled the entire crew with stories about the British Royal Air Force, his first encounters with racism, his views on education and how he nearly destroyed the manuscript that would become a bestselling novel.

Perhaps the most startling revelation Braithwaite shared was his dislike for Poitier in the movie, calling his performance “wooden”. Regardless of the film’s popularity, Braithwaite was more attuned to the opinion of critics than the public.“ (Braithwaite) had a number of reservations about the movie and was particularly disappointed at the way they handled the relationship between Thackeray and Gillian, the white teacher,” Ast told me.

“(He) attributed some of this to the studio and the director’s caution at a time when issues dealing with race were controversial and racial segregation was the norm in many parts of the United States.” In the end, the audience wins. Today To Sir, With Love holds a respectable place at #27 in Entertainment Weekly’s Top 50 High-School dramas and Mark Thatcher #3 in decider.com’s list of most inspirational movie teachers.

Click “NEXT” if you want some great movie suggestions similar to this classic..