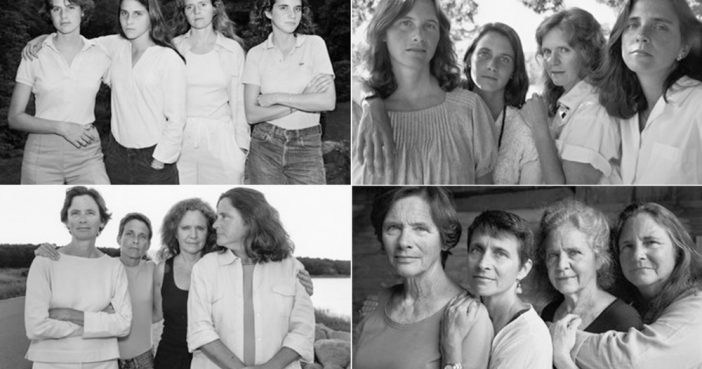 Whenever a woman is photographed, the issue of her vanity is inevitably raised, but Nixon has finessed this with his choice of natural light, casual manner, and unfussy preparation. The sisters never discuss what they are going to wear. Bebe Nixon says simply: “We just wear what we feel like wearing that day.”

Page 3 of 5
Previous article: Bette Midler Cuts Off Orchestra During Acceptance Speech At Tony Awards
Next Post: When The Stones Came Rolling In