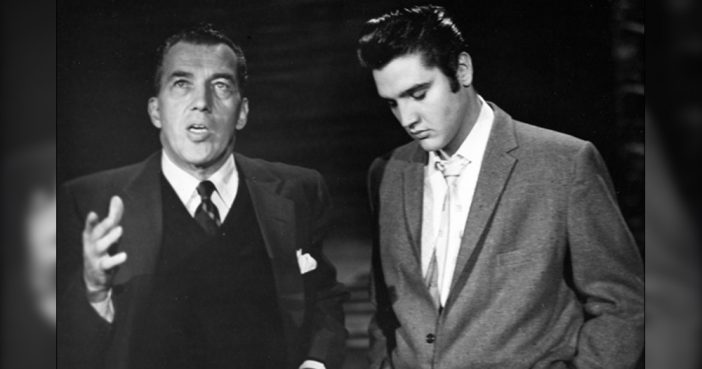 Elvis Presley was at his peak of fame in 1956. After three years of figuring out the music business, he made a hit with his first pop billboard topper with “Heartbreak Hotel” following its release of that January.  A chain of more number one hits would follow that year, including “Don’t Be Cruel,” “Hound Dog,” and “Love Me Tender,” which are all actually certified multi-platinum. Elvis Presley performed on The Ed Sullivan Show and it would help Elvis’ top hits reach maximum popularity. The show would go on asking “The King” to appear on his show once in 1956 and once again in 1957.

At the time, everyone in the world was watching The Ed Sullivan Show  The show was known for exposing some of the world’s greatest artists to an audience, including Mr. Presley, himself. After appearing on the show, these artists’ popularity would boost rapidly. Hence why “The King” became so well known.

Elvis made his very first appearance on The Ed Sullivan Show on September 8, 1956. This concert would change his career forever, after about millions of people tuned in to watch him play his hits. His reputation skyrocketed through the roof after that first performance, leading to him being asked to perform again on a show, for the second time, and a third time. Elvis performed live on the show for his third and his last time on January 6, 1957.

RELATED: Elvis Presley Just Returned To The Billboard Hot 40 – The Last Time That Happened Was In 1981

On that episode, Elvis Presley performed seven songs, including his biggest hit “Don’t Be Cruel.” Elvis went all out with that performance, and he made sure to hold nothing back. He worked his flirt on the audience, which obviously paid off. The women in the crowd went completely bonkers multiple times every time Elvis flashed a slick look, and every time he slightly changed the style of his voice. Clearly Elvis was definitely loving all the attention; he wears a big grin every time the crowd reacted. People still go crazy whenever they see and/or hear “The King” sing. The only thing they miss out on whenever watching videos of him is his waist swinging, as he was always filmed from waist up, to keep his sexual innuendos censored!

Lyrics to “Don’t Be Cruel”