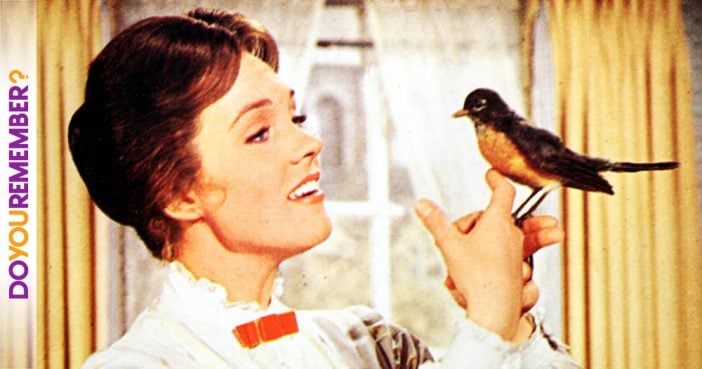 During this week in 1964, Walt Disney Studios released the musical film Mary Poppins, a story about a nanny who descends seemingly from the heavens to bring order to a London household that is in complete disarray. Starring Julie Andrews and Dick Van Dyke, the film was nominated for 13 Academy Awards, with Andrews taking home the trophy for Best Actress. In honor of the film’s 49th anniversary, DYR looks back at the invaluable life lessons we gleaned from this charming story.

A spoonful of sugar really does make the medicine go down.

It’s no secret that finding a pleasant way to deal with the bad things in life is always helpful. Think about the last time you had a terrible break-up, lost your job or contracted an itchy rash from your cat: Your friends dragged you down to the local watering hole so you could get obliterated off Jägerbombs and redheaded sluts.

Parents, get hip to your kids’ actions.

No matter how successful your career, don’t let it ever interfere with what really matters: being involved as much as possible in the lives of your children. Jobs come and go, but family is forever, so unless you want your kids chasing away the help or pissing off the front porch while you’re closing that big account, always make time for them.

Life is full of many dreadful things and we’ve all endured our share of adversity, which is why it’s important to always find time for a little joy each day, specifically something that makes you laugh and helps you enjoy the moment. Of course, if you can swing a tea party in the air with Mary’s Uncle Albert, that’s even better.

At the end of the film, Mary blows out of town exactly as she arrived, with an assist from the wind, pointing her umbrella in a different direction. This reinforces the idea that sometimes things really can change for the better. And while she does create a void for the Banks brood to fill, she also leaves the family flying kites and singing songs together—a far better place than they were starting off

When Mary takes Michael and Jane Banks to the park and they watch an old lady offering her bread to the birds, they marvel at how a woman who seemingly has nothing can so easily give away her food. Naturally this inspires the children, and later on Michael proves as much, when he gives his savings to the woman, much to the dismay of his father. The lesson learned is that, for some, helping others in need is a reflex action of the human spirit.

In every job that must be done, there really is an element of fun.

This is an idea that people who love their jobs—like Bert the chimney sweep—swear by. Whether it’s cranking up the radio while answering the boss’ emails or taking time during lunch to appreciate the attractive strollers passing by, find a way to enjoy your work.

If there’s one thing that anyone who has seen Mary Poppins would agree with, it’s the fact that with the right amount of imagination, anything is possible. Mary instills this idea in the Banks children, and it’s something that anyone who has ever accomplished anything that seemed impossible can attest to. To paraphrase something I once heard from the great P. Diddy, “One must never be afraid to close one’s eyes and dream, and then open one’s eyes and see.”