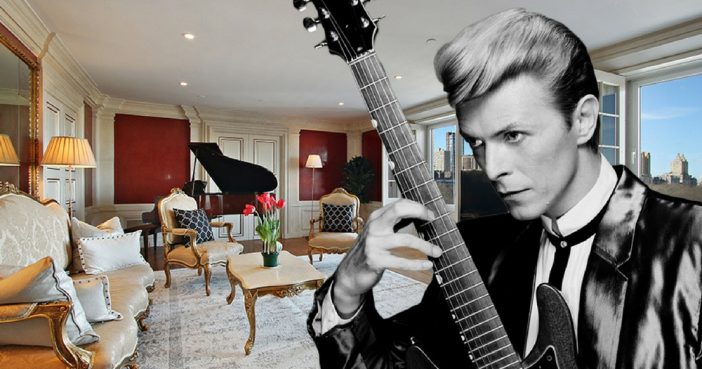 A lovely three-bedroom apartment in Midtown’s famed Essex House building just hit the market for $6.5 million, but the pad’s history is more interesting—to a certain type of music-obsessed New Yorker, anyway—than the location. It was the onetime home of the late, great David Bowie and his wife Iman, who occupied the apartment for ten years.

Though they sold the place in 2002, a small piece of the couple remains: a Yamaha piano owned by Bowie still sits in the living room, and will be passed on to the next buyer. There’s also a dressing room just off the master bedroom that was built to Iman’s specifications. (Other elements that the couple added—including a panic room, because a celebrity of Bowie’s caliber would have needed one—have since been taken out.)

Previous article: The Story Behind the Classic Love Song “When a Man Loves a Woman”
Next Post: Joe Cocker : ‘With A Little Help From My Friends’