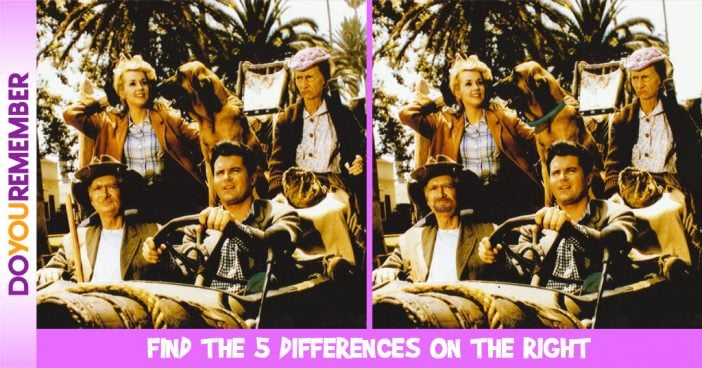 An American sitcom originally broadcast on CBS for nine seasons, from September 26, 1962, to March 23, 1971. The series stars Buddy Ebsen, Irene Ryan, Donna Douglas, and Max Baer, Jr. as a poor backwoods family who move to Beverly Hills, California, after striking oil on their land. The show was produced by Filmways and was created by writer Paul Henning. It was followed by two other Henning-inspired country-cousin series on CBS: Petticoat Junction, and its spin-off Green Acres, which reversed the rags-to-riches model of The Beverly Hillbillies.

The Beverly Hillbillies ranked among the top 20 most-watched programs on television for eight of its nine seasons, twice ranking as the number one series of the year, with a number of episodes that remain among the most-watched television episodes of all time.It accumulated seven Emmy nominations during its run. Its ongoing popularity spawned a 1993 film remake by 20th Century Fox.

In 1997, the episode “Hedda Hopper’s Hollywood” was ranked number 62 on TV Guide’s 100 Greatest Episodes of All Time.

SEE IF YOU GOT THEM ALL

3. Duke the Hound Dog Now Has a Blue Collar

4. The Palm Tree Behind Granny is Gone