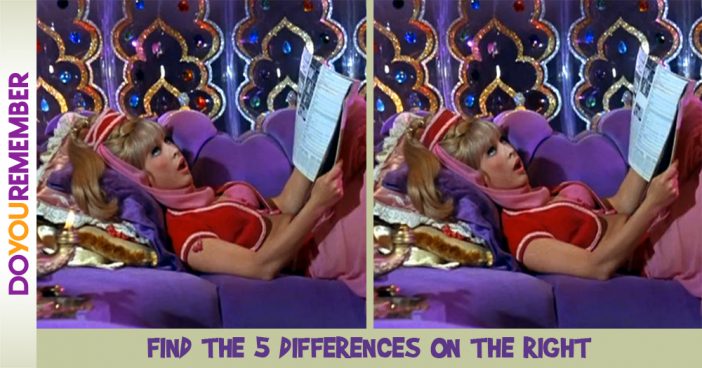 I Dream of Jeannie

An American fantasy sitcom starring Barbara Eden as a 2,000-year-old genie and Larry Hagman as an astronaut who becomes her master, with whom she falls in love and whom she eventually marries. Produced by Screen Gems, the show originally aired from September 18, 1965 to May 26, 1970 with new episodes, and through September 1970 with season repeats, both on NBC. The show ran for five seasons and produced 139 episodes. The first season consisted of 30 episodes filmed in black and white.

Remember the “I Dream of Jeannie” Intro?

In the pilot episode, “The Lady in the Bottle”, astronaut Captain Tony Nelson, United States Air Force, is on a space flight when his one-man capsule Stardust One comes down far from the planned recovery area, near a deserted island in the South Pacific.

On the beach, Tony notices a strange bottle that rolls by itself. When he rubs it after removing the stopper, smoke starts shooting out and a non English-speaking female genie materializes and kisses Tony on the lips, shocking him.

They cannot understand each other until Tony expresses his wish that Jeannie (a homophone of genie) could speak English, which she then does. Then, per his instructions, she “blinks” and causes a recovery helicopter to show up to rescue Tony, who is so grateful, he tells her she is free, but Jeannie, who has fallen in love with Tony at first sight after being trapped for 2,000 years, re-enters her bottle and rolls it into Tony’s duffel bag so she can accompany him back home.

One of the first things Jeannie does, in a subsequent episode, is break up Tony’s engagement to his commanding general’s daughter, who, along with that particular general, is never seen again.

This event reflects producer Sidney Sheldon’s decision that the engagement depicted in the pilot episode would not be part of the series continuity; he realized the romantic triangle he created between Jeannie, “Master”, and Melissa Stone would not pan out in the long run.

Tony at first keeps Jeannie in her bottle most of the time, but he finally relents and allows her to enjoy a life of her own. However, her life is devoted mostly to his, and most of their problems stem from her love and affection towards Tony, and her desire to please him and fulfill her ancient heritage as a genie, especially when he does not want her to do so.

1. The Flame From Jeannie’s Oil Lamp Went Out

3. There are 2 Jewels Missing from the Wall Inside Jeannie’s Bottle