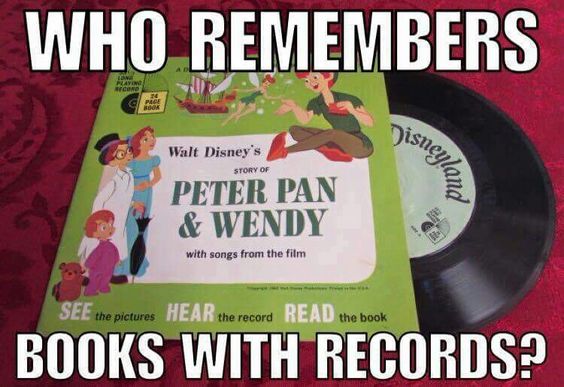 When I was a kid, Disney Records with Read-Along books were on my list of most favorite things. I think my first was Snow White And The Seven Dwarfs, but my collection only just started there. It was a fun way to occupy my time and in my parent’s eyes, I was doing something educational as well. Those Walt Disney read along’s started back in the late 60s and were adaptations of some of the most popular Disney movies. I remember the sound of Tinkerbell’s chimes as the cue to turn the page. So when going outside was not an option due to weather or whatever other reasons there were, I was very happy entrenched in my “Wonderful World Of Disney”.

Walt Disney Read-Along Book and Records were first released in 1965. Each book ran 24 pages and included a 7-inch record of a narrator who read the story.

4. “The Voyages of Sinbad The Sailor”

Previous article: The Beatles Single “All You Need Is Love” On “Our World”
Next Post: Princess Diana: The Never-Ending Secrets Behind Her Tragic Death