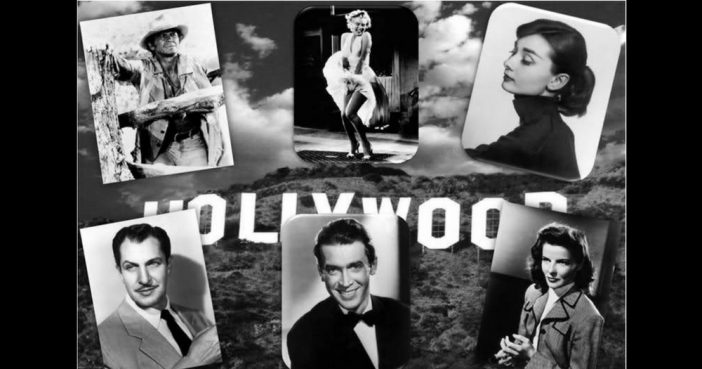 Movies are usually based on fact or fiction or just some idea concocted in one’s head. But, it’s also very common that those stories are based on real life events or situations. it’s not unusual that things that happen in the movies happened in real life… or vice-versa. Hollywood has always had a scandalous and incestuous reputation, which is evident in these “true Hollywood stories”.

Before Hollywood became synonymous with sex tapes, rehab, and public meltdowns, there was still plenty of gossip and scandal to go around in Tinseltown. Even without social media, news of the stars’ salacious lives and indiscretions still made the news. Here are a few old school Hollywood scandals that would probably still make headlines.

The Swedish actress — who was known for her graceful beauty and wholesome persona — tarnished her reputation in the early 1950s by having an affair with director Roberto Rossellini. Both were married at the time, and Bergman had a daughter, Pia, with her husband Petter Lindstrom. Bergman became pregnant by Rossellini and asked Lindstrom for a divorce, which was only granted just days before her lovechild was born. Soon after, Rossellini and Bergman married but the affair became an international scandal. At least some people grew disillusioned with Bergman’s once saintly public image — and it took a toll on her film career. The couple had two more children together, including model Isabella Rossellini. The pair divorced in the mid 1950s and Bergman’s career did make a comeback and she earned another Academy Award. Just goes to show that everything eventually blows over in Hollywood.

Chaplin’s innocent persona in early silent films was apparently far from his off-screen life. The actor reportedly had a taste for younger women. Chaplin was 29 when he married his first wife, who was just 16. The marriage was short-lived and Chaplin then moved on to another 16-year-old wife, who claimed that Chaplin married her after a pregnancy. This second marriage also ended in divorce and the second wife alleged that Chaplin tried to force her to have an abortion. The messy divorce hurt Chaplin’s reputation. Still, he went on to marry two more times, the third time to another young woman and for the fourth time to another teenager, 18, when he was in his 50s. It seems the fourth time was the charm for Chaplin, who stayed with his last wife until his death. Still, Chaplin is known for his playboy ways and some reports of sexual deviance.