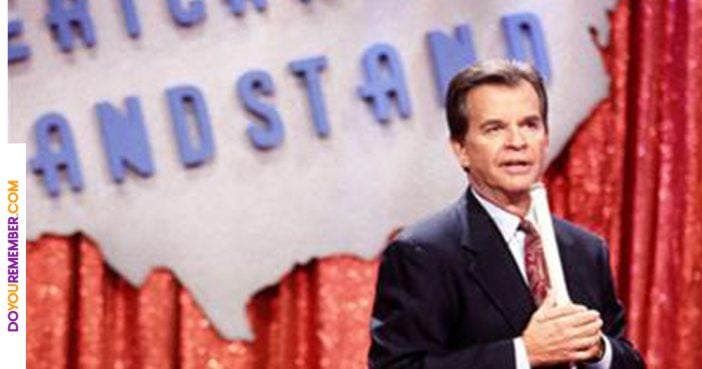 American Bandstand has captured the hearts of audiences everywhere, and has hosted several extraordinary talents. In September of 1952, ABC aired the first national broadcast of American Bandstand with the world’s oldest teenager, Dick Clark, as its host. Let’s take a look at some of the best performances from American Bandstand!

The piano-playing singer had several appearances on the show, but his performance of “Great Balls of Fire” really riled up the crowd.

Nobody knew who Chubby Checker was when he set foot on stage to perform “The Twist,” but soon everybody knew him and the dance craze he created.

Parents feared for their children’s sobriety when these spaced-out, psychedelic San Francisco rockers performed their hits “White Rabbit” and “Somebody to Love” on air.

The Doors performing The Crystal Ship and Light My Fire Live on American Bandstand in 1967. Also includes a short interview done by Host Dick Clark.

The Doors’ front man, Jim Morrison, hypnotized the youth of American with his haunting vocals and come-hither stare when the band performed their hit “Light My Fire.”

A young Michael Jackson stole the show when he and his four older brothers jolted audiences with performances of “I Want You Back” and “ABC.”

Riding the success of his hit TV show, Welcome Back, Kotter, Travolta convinced audiences he was a man of many talents with a performance of his single “Let Her In.”

At the height of the disco era, the genre’s queen, Gloria Gaynor, belted out note after powerful note of the decade’s inspirational dance anthem “I Will Survive.”

Fans rightfully credit the Sugar Hill Gang with being the first hip-hop act to appear on the show, but this group made major noise when they performed “Jam Master Jammin’.”

After electrifying the crowd with her hit “Holiday,” Madonna wasted little time in revealing her plans for musical domination, telling Dick Clark of her intention “to rule the world.”

Who can forget the energy of these NYC bad boys, who break-danced their way through a performance of “(You Gotta) Fight For Your Right (To Party!)”?

Previous article: What Information Conveyed By Print Or Word Of Mouth, Initially Coming From North, East, West & South?
Next Post: The Top Ten Worst Two-Hours You’ll Never Get Back.