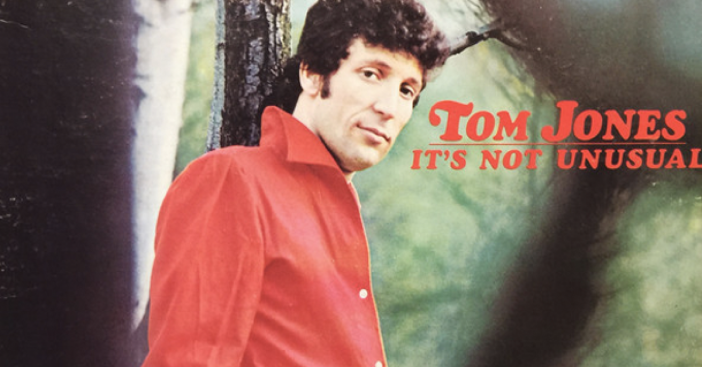 “It’s Not Unusual” is a song written by Les Reed and Gordon Mills, first recorded by a then-unknown Tom Jones, after having first been offered to Sandie Shaw.  Jones recorded what was intended to be a demo for Shaw, but when she heard it she was so impressed with Jones’ delivery that she declined the song and recommended that Jones release it himself. The record was the second Decca single Jones released, reaching number one in the UK Singles Chart in 1965. It was also the first hit for Jones in the US, peaking at No. 10 in May of that year. The single was released in the US on the Parrot label and also reached #3 on Billboard’s easy listening chart. The BBC initially refused to play the song because of Jones’ sexy image, but it was played by UK pirate radio. Jones would perform the song several times on The Ed Sullivan Show in the US, first on 2 May 1965, then again on 13 June 1965. He would sing the song again on the show when he returned on 21 April 1968. Jones later used this song as the theme for his late 1960s-early 1970s television musical variety series This Is Tom Jones. It has since become Jones’ signature song.

Previous article: Cher through the Years
Next Post: “Gorgeous George” : Some “Facts Of (His) Life”