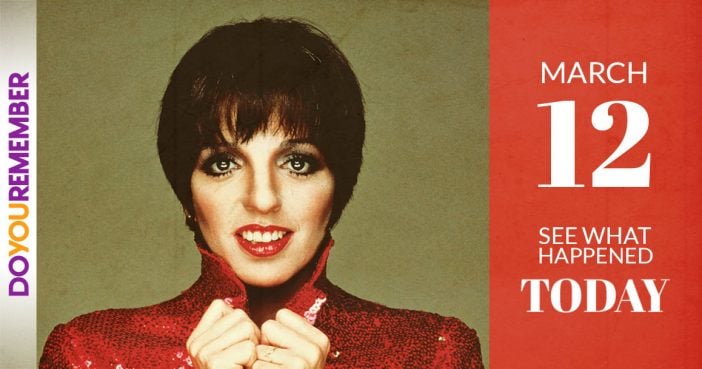 1973 – Stevie Wonder released the single “You Are The Sunshine Of My Life”.

1983 –  Def Leppard first appeared on the chart on this date with their first single release–“Photograph”.

1983 – Thriller by Michael Jackson was the top album for the third straight week. Frontiers by Journey moved up to #2 with H2O from Hall & Oates next.

1988 – Rick Astley unseated George Michael at #1 with “Never Gonna’ Give You Up” with “Father Figure” falling to 2.

1991 – Alan Jackson scored his first #1 on Billboard Hot Country Singles & Tracks chart, with “I’d Love You All Over Again.” The song was written by Alan for his wife, Denise in a hotel room in Pine Bluff, Arkansas on a rainy evening.

1997 – Trace Adkins picks up his first gold album with his debut, “Dreamin’ Out Loud”

1965 –  James Darren was a guest voice (as “Jimmy Darrock”) on the season finale of The Flintstones on ABC-TV.

1894 – Coca-Cola is sold in bottles for the first time in Vicksburg, Mississippi

1912 – The Girl Scout organization was founded. The original name was Girl Guides.

1969 –  Elvis begins filming his thirty-first and last fictional film, Change Of Habit, in which, as a ghetto doctor, he accidentally seduces a nun played by Mary Tyler Moore.

1969 – At tonight’s Grammy Awards ceremonies, the big winners are Simon and Garfunkel, who win Record of the Year for “Mrs. Robinson,” and Glen Campbell, who wins Album of the Year for By The Time I Get To Phoenix.

1971 –  The Allman Brothers performed March 12-13 at the Fillmore East in New York City, shows that were recorded and later released as a live album.

1971 –  A High Court judge in London ruled in favor of Paul McCartney to dissolve the Beatles’ partnership.

1975 – The divorce of George Jones and Tammy Wynette is finalized. Wynette takes custody of their only child, Tamala, and keeps their home on Franklin Road in Nashville

1996 –  Nancy Sinatra (“These Boots Are Made For Walkin'”) donated her white go-go boots to the Hard Rock Cafe of Beverly Hills, California.

1998 –  Cathay Pacific Airways announced the banning of Liam Gallagher of Oasis following an incident on a flight from Hong Kong to Australia.