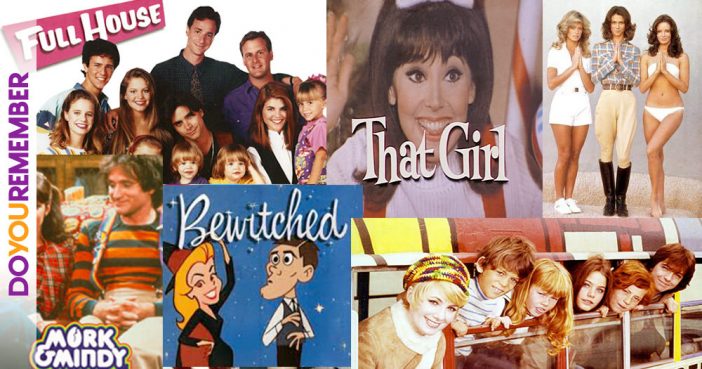 Picking favorites isn’t nice (or easy), so we’ve refrained from choosing just one favorite ABC show. Instead, we’ve found that the best of TV comes in bunches—groups of charismatic characters replete with incomparable singles, memorable duos, feisty trios and slew of more. Here’s a rundown of ABC TV shows and casts America has come to know and love.

Against her parents’ wishes, a young witch named Samantha marries a mortal named Darrin, who then becomes the victim of many spells. The show was known for having several cast changes—most notably Dick York who played Darrin. The actor suffered painful a back injury and was no longer able to return. Audiences only had eyes for Samantha so few even noticed the switch.

The first sitcom to explore the life of an independent woman living alone and looking for work, “That Girl,” played by Marlo Thomas, shed light on the world of an aspiring actress—odd jobs and all.

Hollywood industry heads often joked that “Starsky and Hutch” were in a monogamous relationship because their personalities differed from other TV cops of the time. The pair even inspired the creation of slash fiction by female fans that, still to this day, pen stories of the duo’s supposed love affair.

What was initially a spin-off of “My Favorite Martian,” was first introduced on season 5 of “Happy Days” in the episode titled “My Favorite Orken,” where Mork (played by Robin Williams) tries to coax Richie into coming back with him to planet Ork. The success of the character led to a full-blown series in which Mork befriends, moves in and eventually marries Mindy. The role of Mork did little for Williams’ professional success but it did lead to a slew of eccentric castings for the actor.

Laverne (Penny Marshall) and Cindy Williams (Shirley Feeney) played two bottle-capping babes working at Shotz Brewery. This too was a spinoff from another “Happy Days” episode where the pair appeared as friends of the Fonz. After “Laverne and Shirley” ended, Penny Marshall went on to direct hit films like “Big,” “Awakenings,” and “A League of Their Own.” She also penned a memoir entitled “My Mother was Nuts.”

With a borderline racist tagline that emphasized the show’s multicultural cast – “one white, one black and one blonde”—“The Mod Squad” succeeded in bringing in a younger audience for ABC. As the crime-fighting trio appealed to a younger demographic, it also helped debunk racial conventions of the time, including behind the scenes as “blonde” star Peggy Lipton married industry mogul Quincy Jones in real life.

Although “Charlie’s Angels” was one of the most commercially successful shows of the 70s, some critics dubbed the sitcom as “jiggle television,” because it lacked substance and depth. Perhaps Farah Fawcett said it best when she attributed the show’s ratings to not wearing a bra during filming. Maybe so, but we’re willing to believe that Farah’s feathered ‘do had something to do with it, too.

Audiences experienced a wave of emotions following the friendship and romances of Kevin, Winnie and Paul. A depiction of life growing up in the suburbs narrated by an older Kevin, “The Wonder Years” won an Emmy for Best Comedy after airing only six episodes.

Featured on the T.G.I.F. programming block, every episode of “Full House” ended with music and a moral. The series also spawned a young adult book collection and the careers of twins Mary Kate and Ashley Olsen who, in 2007, had an estimated net worth of $100 million and were named among the “11 Richest Women” in entertainment on Forbes top 100 list.

The shows namesake band created an empire that extended past the realm of television and onto Billboard charts, merchandise and more. Eldest Partridge Keith, played by David Cassidy, became one of the biggest teen heartthrobs of all time—even after leaving the show to pose node for Rolling Stone magazine.

Steve Urkel was always pictured as an 8th member to the Winslow family, but was never actually a part of it, no matter how much he pined for Laura’s affection. He later became a major character in the series making the nerdy supporting character one of the most recognized pop-culture icons of the past.

When the series began, it was revealed that Mike Brady was a widowed architect, but we’re still wondering what kind of scandalous breakup Carol was involved in. The family of eight, plus their right-hand-woman Alice, was such a popular series that it was turned into a movie decades later. The most enduring aspect of the show is arguably the theme song that we still can’t manage to get out of our heads.