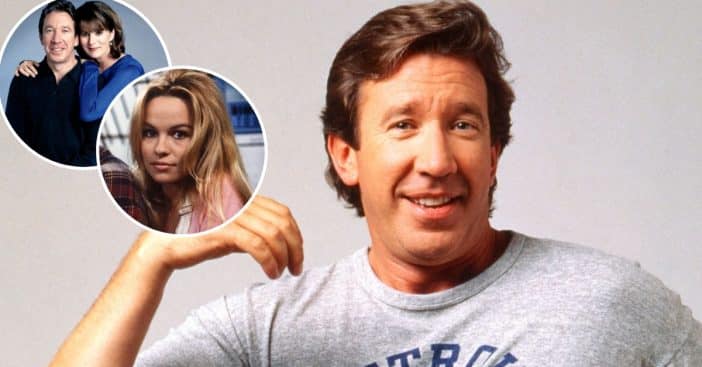 In her new memoir, Pamela Anderson claims that Tim Allen flashed her during her first day on the set of the show Home Improvement. Pamela appeared in 23 episodes of the ’90s sitcom before leaving for Baywatch.

She claims, in an excerpt from her book, “On the first day of filming, I walked out of my dressing room, and Tim was in the hallway in his robe. He opened his robe and flashed me quickly — completely naked underneath. He said it was only fair because he had seen me naked. Now we’re even. I laughed uncomfortably.”

Tim Allen lifts his kilt in a blooper from ‘Home Improvement’

Pamela added in an interview, “I have no ill will toward Tim. But like the rest, [the situation] should have never happened.” Pamela also called out Sylvester Stallone and said he offered to buy her a condo and a Porsche. He also denied the claims and said “it’s completely untrue.”

Tim responded that he “would never do such a thing” and said that he never flashed her. After the story broke, TMZ found a blooper clip from Home Improvement where Tim appears to be flashing his co-star Patricia Richardson, who played his wife in the series.

During the clip, Tim is wearing a kilt and lifts it up, much to Patricia’s surprise. While the camera doesn’t reveal what is underneath, Patricia said, “He was well-dressed under there, I was just shocked that he lifted the kilt, not by a man in boxer shorts.” This happened in front of a live studio audience as well. Watch the clip below: