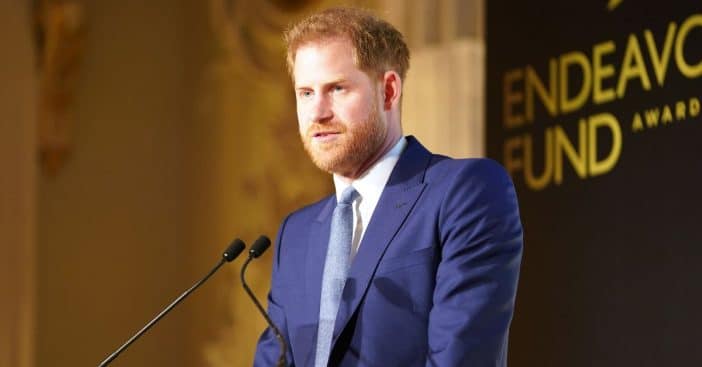 Prince Harry‘s memoir Spare was released on January 10, following a steady flow of information related to the royal family, including the estranged Harry and his wife Meghan Markle. With these insights dominating the headlines, it’s even become a topic of conversation at the Critics Choice Awards, with some jokes injected in.

The 28th Annual Critics Choice Awards took place on Sunday, January 15, to celebrate the latest and greatest achievements in television and film. Comedian Chelsea Handler hosted and poked fun at her industry colleagues as well as Prince Harry and some very intimate information that was shared in his book – along with a plea to make it stop.

Prince Harry is slammed at the 2023 Critics Choice Awards

When Chelsea Lately host Handler took the stage on Sunday, she did so equipped with plenty of topical references, from the Ellen DeGeneres toxic workplace scandal to allegations against James Corden of rude behavior to servers. But royals were not safe from her speech either. First, she prefaced, “Niecy Nash Betts is nominated for Dahmer. Dahmer became the third highest-viewed show on Netflix, with a combined watch time of 1 billion hours.”

Dahmer has been the subject of some debate itself, as family members of victims, as well as advocates, objected to making a series about such a man, while people still live who lost loved ones to him. But during the awards ceremony, the focus was on Prince Harry when Handler added, “Which, apparently, is the same amount of time we’re going to have to listen to Prince Harry talk about his frostbitten penis. Enough already.”

There have been a lot of big reveals lately from Spare and a lot of back and forth between members of the royal family – not just about details from the book but claims made in Harry and Meghan’s interviews. So the reference made at the Critics Choice Awards may seem out-of-nowhere, but it is something Prince Harry himself talked about. In 2011, Prince Harry made a trip to the North Pole. It was part of a 200-mile Arctic charity walk. But he took some of that experience with him after clamerbing out of the snow.

“Upon arriving home I’d been horrified to discover that my nether regions were frost nipped,” he revealed. He was frostbitten in other areas – and was still affected by this by the time he went to his brother’s wedding – but only shared this intimate detail in his memoir. “While the ears and cheeks were already healing, the todger wasn’t.”

Click for next Article
Previous article: See Photos Of Actress Jane Seymour And Her Four Kids: Katherine, Sean, John, and Kristopher
Next Post: ‘The Brady Bunch’ Cast Then And Now 2023