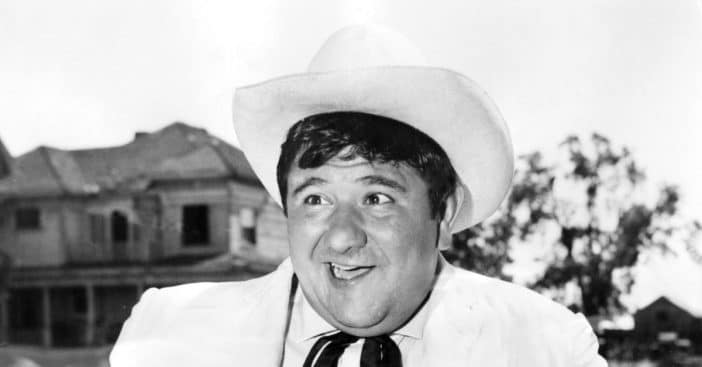 Buddy Hackett, is one of the few comedians whose work echoes through the decades, still funny and still sharp in this era. The late comedian began his career performing stand-up comedy in the Catskills Borscht Belt resorts nightclubs under the name “Butch Hacker” while still in high school. He was drafted into the United States Army for three years after graduating from High School in 1942. After the Second World War, he began to perform in Los Angeles and Las Vegas under a new name, Buddy Hackett, and got his major break when he replaced an indisposed Lou Costello in 1954 on Abbott and Costello.

Buddy married Sherry Dubois and they were together for 48 years. He had three children, one of which is his son, Sandy Hackett who followed in his father’s footsteps as a comedian. The 66-year-old revealed to Closer Weekly that although his father was a strict disciplinarian who did not pamper his children, he remained his best friend.

Buddy’s career sky-rocketed after his emergency replacement of Lou Costello and within a few years, he became a household name, appearing in movies like The Music Man, It’s A Mad, Mad, Mad, Mad World, and The Love Bug.

He also made numerous appearances on Hollywood Squares and the Jack Paar, and Johnny Carson’s Tonight Show before briefly starting his NBC sitcom, Stanley, co-starring a young Carol Burnett. Buddy Hackett died on June 30, 2003, from heart disease after a diagnosis in the early ’90s.

Sandy disclosed to Closer Weekly that Buddy was a principled and loving father. “He was well-read, smart and a strict disciplinarian,” Sandy Hackett revealed. “At 16, I got a speeding ticket, and Dad wouldn’t let me drive for 30 days. He said, ‘Walk, get a ride, bicycle, take the bus. I don’t care.’” However, Buddy remodified Sandy’s car with a new set of wheels after a while. “If you’re going to drive that fast, you’ll need better tires,” Buddy remarked.

He further explained how his dad was able to risk taking out a young boy of 18 years by hiding him in the trunk of the car. The boy served as his driver during the shoot of a movie in communist Hungary. “That kid came to live with us, and my father put him through Columbia University,” Sandy told the outlet.

Sandy Hackett revealed that his father, Buddy Hackett spent time with his family

The comedian claimed that despite his dad’s busy schedule, he always made sure to spend quality time with his family at home in Beverly Hills. Also, Buddy sometimes invites and hosts the big names in the entertainment industry.

“Lucille Ball and Gary Morton had a condo near our in Snowmass, Colo, and we hung out,” he explained. “Every six months, my mother cooked incredible meals for about 20 comedians like George Burns, Danny Thomas, Bob Newhart, and Don Rickles. The comedians would tell stories, and we’d laugh for hours. My mother wanted to record the get-togethers, but my father wouldn’t let her. She finally got everybody outside to take a picture in the driveway.”

Although Buddy enjoyed his career as a comedian he did not want his son to take up the same profession, “He was really against it. He just knew how tough it was. When I told him I got a job as a stand-up comedian, tears welled up in his eyes.”

However, the late comedian further accepted Sandy’s choice and rooted for him. “He [Buddy] asked, ‘What last name are you using?’ I said, ‘Hackett.’ He said, ‘Why? All these years I spent building up the name, I’d hate to see you @#$% it up in one outing,’” Sandy detailed. “He was crying, and we were both laughing. My dad was my greatest resource and best friend.”