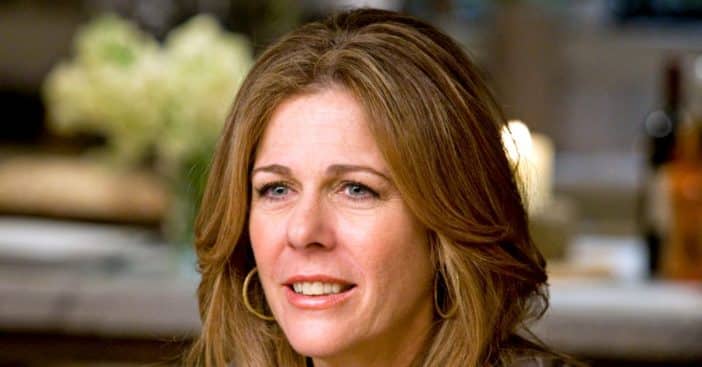 Rita Wilson is opening up about her career and how she put everything on hold to raise her children with her husband Tom Hanks. Rita and Tom have two children, Chet and Truman. Tom also has two older children, Colin and Elizabeth from his previous marriage.

In the late ’80s, Rita and Tom got married and both of their careers were going very well. Rita had just appeared in films such as Sleepless in Seattle and That Thing You Do! However, when Chet was born in 1990, she decided to slow down.

Rita Wilson sacrificed her career for her children

Rita explained, “I slowed down my work because I really wanted to be the mom that was there when they got home, drove the carpool and did all those things. Tom was also working a lot, so we would travel with him. If both of us were working and not home, my kids would have been affected. I wouldn’t call slowing down my career a sacrifice, I would call it a choice.”

She added, “Tom and I have always been supportive of each other and what we do. I remember doing press junkets back in the day, and interviewers would say to me, ‘Gosh, it must be so difficult to be with someone so famous.’ I would think, ‘Why are they saying that?’ Then I realized that the question was more about them and how they would feel in that situation than me.”

These days, the kids are all grown up so Rita has the time to work on her acting and singing careers. She revealed that Bruce Springsteen actually inspired her to get into songwriting. She said, “I came into music later in life, so it made me doubt myself because I knew there were people who had more experience than me. At the time, I asked Bruce, who is a family friend of ours: ‘Bruce, what makes me think I can start writing now when you’ve been doing it all your life?’ He said, ‘Because, Reets, creativity is time independent.'”