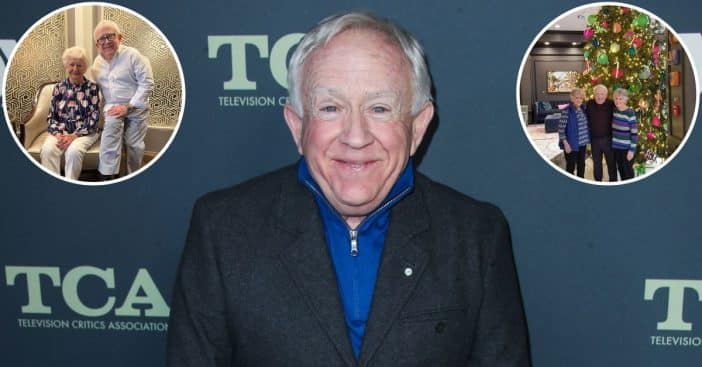 Leslie Jordan was a stage performer, actor, comedian, and writer. His brilliant performance in TV series like Will and Grace, Hearts Afire, and Call me Kat made him popular. Also, his online presence and comic relief during the COVID pandemic amassed the late Leslie millions of fans. Sadly, the legend passed away on October 24, 2022, at the age of 67.

“The world is definitely a much darker place today without the love and light of Leslie Jordan. Not only was he a mega talent and joy to work with, but he provided an emotional sanctuary to the nation at one of its most difficult times,” Leslie Jordan’s rep, David Shaul, said in a statement to Closer. “What he lacked in height he made up for in generosity and greatness as a son, brother, artist, comedian, partner, and human being. Knowing that he has left the world at the height of both his professional and personal life is the only solace one can have today.”

The late actor remained unmarried in his lifetime and hence did not have any children. Read on to know about Leslie’s parents and siblings.

Leslie was a big brother to his two younger twin sisters, Janet and Jana. After losing his father at a young age, the void was filled with the love of his siblings and he never wasted time in flaunting them to the public. The late actor made an Instagram post in January 2019 to appreciate Janet and Jana who are 22 months younger than him.

“My sisters! The Twins! I love them both so much. We lost our daddy in service to this amazing country when I was 11 and they were 9,” Leslie captioned a photo of them “We’ve been through so much but as for now it seems to be smooth sailing ahead!” His sisters were his biggest supporters and a great source of inspiration for Leslie’s acting career. He posted on his Facebook page in October 2016 that his American Horror Story: Roanoke character, Cricket Marlowe, was a tribute to Jana, whose nickname is “Cricket.”

“I love being by myself. I think that has a lot to do with my twin sisters. Growing up, they were so close, and then there was me,” Leslie revealed told People that his siblings influenced his growth in 2021. “I played by myself a lot. I’m very a quiet person and very much a loner. But today I am more comfortable with who I am than ever. Every day is like gravy.”

During the COVID pandemic, the late actor and his family kept fans entertained with their bubbly personality by making cute and hilarious videos. Unfortunately, in April 2022, the television icon announced the death of one of his twin sisters, Janet.

“The world lost a great person today and I lost a sister and a best friend. But I have peace knowing she and Daddy are together again,” he wrote. “Janet Ann courageously fought death, but I prefer to remember the way she lived. This world will be a duller place without her.”

Losing his father at the young age of 11, Leslie’s mother had to take up the responsibility of taking care of him and his twin sisters. Peggy gave birth to and raised her children in Chattanooga, Tennessee. She was also one of her son’s biggest supporters and encouraged him positively through his career journey.

In May 2022, barely a month after losing his sister, the last star announced the death of his mother in an Instagram video, “We lost Mama but she will live on forever in our memories and stories. Love you, Mama, and always will. Love. Light. Yours, Leslie.” He captioned the clip.

Click for next Article
Previous article: Henry Fonda Was A Dad Of 3: Meet His Children Including Daughter Jane And Late Son Peter
Next Post: Celebrating 80+ Years Of The Beautiful And Talented Ann-Margret