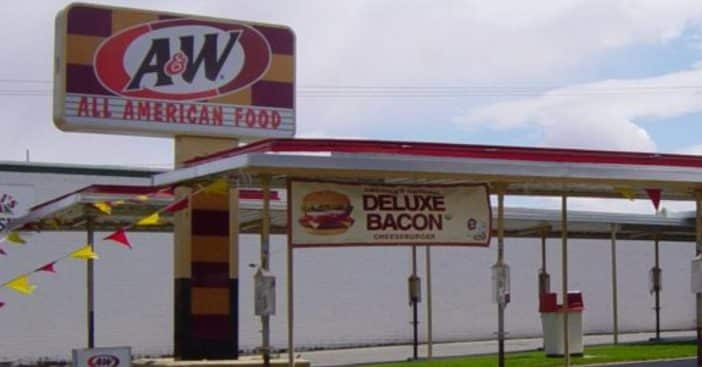 A&W was the very first chain restaurant in America

By 1971, A&W began selling its root beer in cans and bottles so consumers could enjoy it outside of going to the restaurant. Many of the locations offer a drive-up spot to order and eat in. Even with the hardships of the COVID-19 pandemic closures, most A&W locations seemed to have made it through okay.

RELATED: A Complete List Of 500 Chain Restaurant Locations That Have Closed This Year

Reportedly, the brand is as popular as its ever been and they are now offering food and drinks in airports, stadiums, theme parks, and more. With over 100 years of business under its belt, it doesn’t seem like A&W is going anywhere!

Jack Palumbo, senior director of franchise development, shared about the addition of the food in new locations, “The brand is as popular as it’s ever been,” and so, “It just seemed like it was a really good time to capitalize on that.” Do you enjoy eating at A&W? Do you remember going to one for the very first time? If so, what year was it? Let us know in the comments!