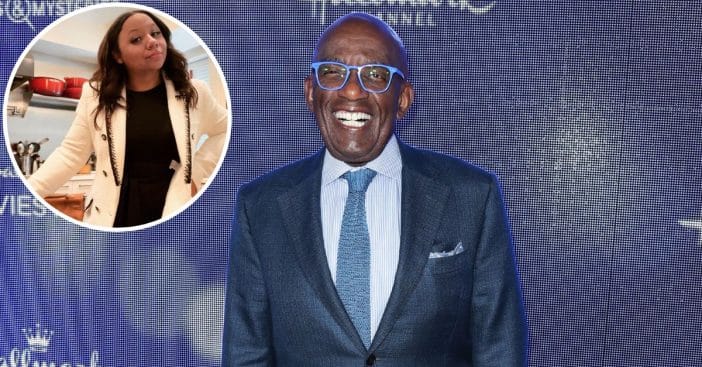 Al Roker has always shown that he is a family man through his social media pages and public appearances. This is why the Today show host has on several  occasions been hailed by fans as “the dad of the year.” The meteorologist is a beloved father to his children, Courtney, Leila, and Nicholas.

Courtney, his first child, was adopted shortly after she was born in 1987 by the host and his ex-wife, Alice Bell. Following their divorce in 1994, Al Roker wedded Deborah Roberts a year later and she welcomed Courtney into their marital home. Although she was an adopted child, he did not make it a topic of conversation: “To me, there is no difference between ‘natural’ and ‘adopted’. My childhood showed me that when it comes to loving your kids, concepts like that don’t apply,” Al wrote for Guidepost.

He experienced his first time as a father after Courtney was born in May 1987. Although she is not his biological child, Al Roker has never failed to show her the same love and equal treatment he shows his other children. This may be a result of his family background, “I was the oldest of six, and three of my siblings were adopted. Mom and Dad even took in foster children. ‘There are no limits to how much you can love,’ Dad always said,” he shared.

RELATED: Al Roker ‘Could Not Be Prouder’ Of Son Nick In Speech About Graduation

Apart from the constant pictures he shares of her on his Instagram page, Al Roker also showed he is one of the sweetest dads following Courtney’s COVID-19 diagnosis. The beloved weatherman requested Courtney’s favorite actresses, Jenna Fischer and Angela Kinsey, to relay a sweet, get-well-soon video message for his hospitalized daughter. Courtney excitedly appreciated her father by saying, “The best birthday present I could ask for!!!”

Many would have thought Courtney would take the Broadcast and Journalism path of her father but the 34-year-old has turned out to be a respectable chef and recipe developer. Al Roker once said about her culinary skills, “Courtney always liked to cook. She loves food presentations too. I remember when she was 6 or 7, she would go out and pick flowers to decorate the plate.”

Courtney presently runs her own catering business and makes recipes for Chefman. Al Roker is proud of his daughter’s achievements in her chosen line of career. “Courtney was not your typical kid, in that she didn’t follow the traditional path of high school in four years, then college for four years, then get a job. That was all a bit of a struggle for her,” he revealed during an interview with BBC.

On June 5, 2021, Courtney tied the knot with her husband, Wesley Laga, and the Roker family was in attendance. Several of her father’s colleagues including Craig Melvin, Dylan Dreyer, Sheinelle Jones, and Hoda Kotb also graced the occasion and celebrated with the couple.

Before the wedding, Al Roker wrote a tribute post on his Instagram page for his daughter, “Seems like yesterday @ouichefroker was this little girl and tomorrow she’s getting married.” He shared pictures of the memorable wedding dinner and captioned, “A perfect magical evening being there for the marriage of my first princess.”

Al Roker Is Surrounded By Love From Family

Just as the TV host was there for his daughter during her covid illness, she repaid the same kindness to her father by being by his side when he suffered from blood clots in 2022.

Also, Al Roker doesn’t take his children’s love and sacrifice for granted, “So incredibly grateful to family, friends, medical folks, @todayshow family, and all your thoughts and prayers.”

Click for next Article
Previous article: ‘Cheers’ Added A Disclaimer After Viewers At Home Complained About One Thing
Next Post: Ozzy Osbourne Was Seen Looking ‘Frail’ And Using A Cane