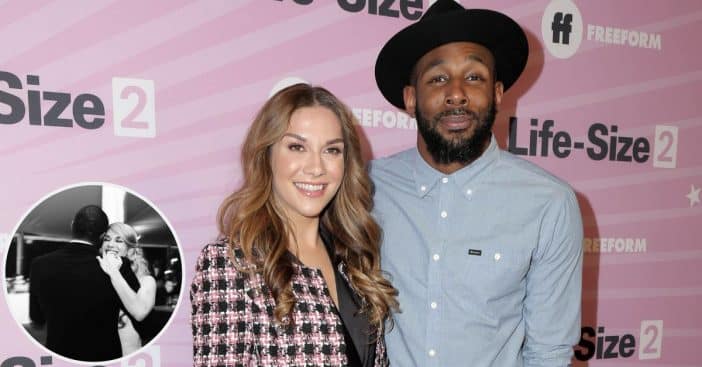 Holker also posted her own anniversary tribute, the caption reading, “It’s our 9th anniversary!! I couldn’t be more grateful to celebrate this perfect magical day!!! Saying YES to @sir_twitch_alot has been one of the best decisions I have ever made in my life!! I feel so blessed and loved!! I love you baby and I will never take you or OUR love for granted! I LOVE YOU #happyanniversary #bosswedding2013”

Holker shared a statement with People Magazine following the death of her husband. “It is with the heaviest of hearts that I have to share my husband Stephen has left us. Stephen lit up every room he stepped into. He valued family, friends and community above all else and leading with love and light was everything to him.”

She adds, “He was the backbone of our family, the best husband and father, and an inspiration to his fans. To say he left a legacy would be an understatement, and his positive impact will continue to be felt. I am certain there won’t be a day that goes by that we won’t honor his memory.”

“We ask for privacy during this difficult time for myself and especially for our 3 children. Stephen, we love you, we miss you, and I will always save the last dance for you.”

Just one day after celebrating their anniversary, both Boss and Holker shared a video of them dancing together to Alicia Keys’ song “December Back 2 June.” The two were always quick to share their dance skills together as they first started dating after dancing together at the So You Think You Can Dance season 7 wrap party. He returned to the show as a judge in 2022. They had three children together, Zaia, 3, Maddox, 6, and Weslie, 14.

Click for next Article
Previous article: Dick Van Dyke Is “Just Hiding Out” For His 97th Birthday In New Photos
Next Post: Pat Sajak Left Confused After ‘Wheel Of Fortune’ Contestant Loses On Purpose