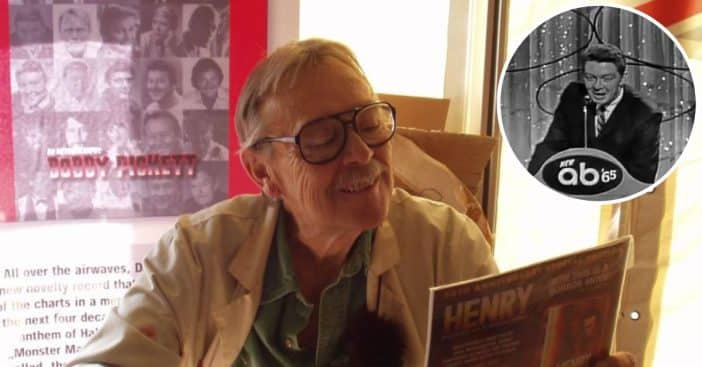 You probably know Bobby Boris Pickett from “The Monster Mash” hit of 1962. After it was received so well, he kept releasing songs about monsters and would not stop until he passed in 2007. According to writer Joe McAdam, Boris was a special kind of celebrity — somewhere in the middle of a novelty act, yet unforgettably weird.

Quite the oddity, Boris continued to milk “The Monster Mash” popularity without relenting on his monster-themed songs, but he did sing non-Monster Mash tunes that you might remember. Pickett expert Sullivan Conor wrote a biopic about the act called He Did The Mash, and of course, his other songs.

The song was something of change — at least to a certain degree — from the singer’s previous hit. This track wondered what the differences would be if monsters swam instead of mashed. Inquiring minds wanted to know, and regardless of how weird it sounded, people loved it.

“Me and My Mummy”

The single “Me and My Mummy,” in collaboration with the Cryptkickers, was released in 1973, and, just as the title suggests, it was a song about “loving a mom.” The song was from The Original Monster Mash album.

In this song, Pickett said that he has got to “leave this town before the sun goes down,” or they will “put him in the ground.” Well, not sure what exactly he was talking about, but it is a pretty good tune. The song was released in 1964, the same as the single “Smoke! Smoke! Smoke! that cigarette.”

This one is a parody of Aretha Franklin’s “Respect” in the Bobby Pickett style. The three minutes, twenty seconds song was produced by Boris and P. Ferrara and released in 1975, and it serves as something of a parody of The Godfather films, which were enormously popular at the time.

Who raps about monsters anyway? Well, Bobby Pickett did! Bobby obviously thought that monsters could not only mash, but also swim and even rap this time.

The political song highlighted the issue of global climate change during the George Bush presidency era and was sung to the same tune as “The Monster Mash.”

This song is a catchy and fun tune, which makes it a tad bit more interesting among Boris’s minors. It contains some natives chanting with a funky ’70s-era guitar style.

Well, this is another political song that is just like the George Bush era one — “Climate Mash.” This one focused on deforestation — “he and his friends cut the forest down… public opinion was mashed,” Boris sang.

In another song, “The Monster Holiday,” Boris sang about if Monsters celebrated Christmas and Janusz from the three-man band that was part of the “Monster Concert” got a mention in the song. Other songs from him that were not “Monster Mash” include “It’s Alive,” “The Werewolf Watusi,” and “Skully Gully.”

Click for next Article
Previous article: Ringo Starr Accidentally Angered His Hometown With Just One Word
Next Post: Ron Howard Shares The Moment He Knew He’d Make It As A Director