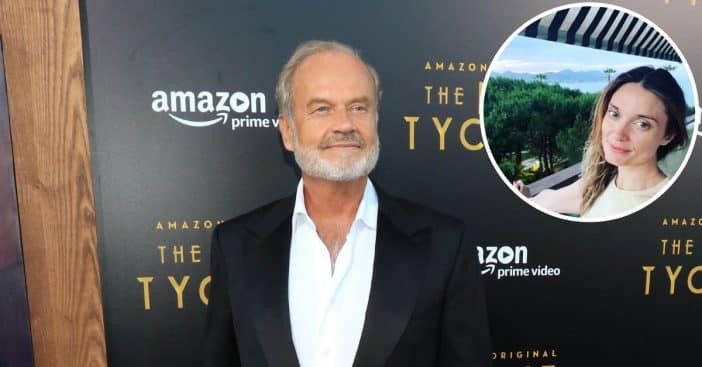 Kelsey Grammer began to mend his troubled relationship with daughter Spencer as the duo co-starred in the new film, The 12 Days of Christmas Eve. The actor acknowledged that bonding with his 39-year-old daughter has proven difficult over time, particularly since he divorced Doreen Alderman, her mother, while she was young.

In an interview with People, he explained that his job was the major reason behind their strained relationship. “I certainly regret I let her down a couple of times,” Kelsey revealed, “Obviously she was a child of divorce, It was hard on us. I feel sorry about it, but I’m also thankful that we had a chance to make amends.”

The 67-year-old, after his invitation to star in The 12 Days Of Christmas Eve for Lifetime, decided to bring his estranged daughter on board to act alongside him. “It seemed like the right idea to me,” he disclosed. Spencer was to take up the role of Michelle, a hardworking surgeon and single mother who has always lacked the presence of her father in her life.

Although she did not sign on immediately, after more deliberations, she decided to give it a shot, especially since the storyline seemed to mirror the relationship with her dad. “There’s definitely aspects of this movie that resonate with me personally. First of all, playing daughter to your actual father is something unique,” she said. “He’s been such an incredible influence on my craft and my performances and also my work ethic, so working with him was actually quite a pleasure.”

Kelsey Grammer got what he wanted

The multiple Emmy Award winner seemed to have achieved his goal of reconciling with his daughter as they spent time together on set, which led to healing for both parties.

“In The 12 days of Christmas Eve, this father and daughter get to repair their relationship at some point. And the dad comes back to really, really figure out what the meaning of Christmas truly is,” Spencer revealed. “And honestly, for me, for that month that we shot, it was incredibly fun and wonderful to spend time with my dad. I think it was really healing for us.”

RELATED: Kelsey Grammer Opens Up On What The New ‘Frasier’ Series Is About

Kelsey praised Spencer’s dazzling performance while doing justice to her role in the movie. “She’s terrific in the film,” he admiringly said. “She’s a very talented woman, and I’m very proud of her. I even got to say that on camera a couple of times, along with a few things I never got to tell her. So it all turned out really well.”

The father of seven also stated that he would love to work with his daughter again as they plan on a sequel which will be based on Spencer’s character.