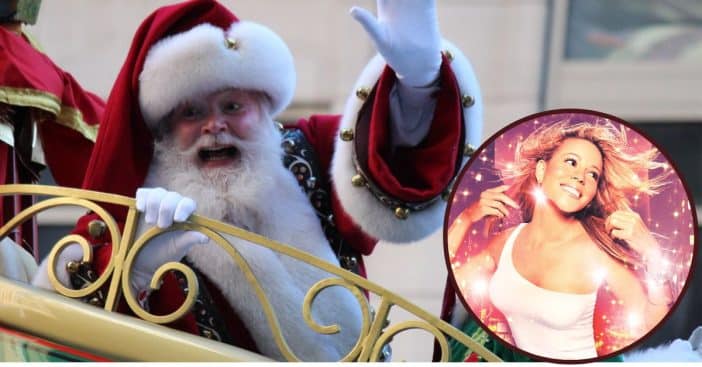 The unofficial “Queen of Christmas” Mariah Carey will be opening for Santa at the Macy’s Thanksgiving Day Parade with a performance of her hit song “All I Want For Christmas Is You.” “My childhood dream is coming to life! I’m going to be opening for the one and only, SANTA CLAUS 🎅🏼, at this year’s @macys Thanksgiving day parade,” the 52-year-old wrote on Instagram to announce the news. “🎄🎉💫 Tune in on Thanksgiving Day.”

In the clip, we see Mariah say, “Hey, it’s Mariah! See you at the Macy’s Thanksgiving Day parade,” just after a countdown to Thanksgiving appears on the screen.

Mariah is set to appear at the parade around 12pm, usually the time when Santa comes around to make his appearance to close out the parade. Savannah Guthrie, Hoda Kotb and Al Roker of the Today show will also be returning to host the parade this year. Other performers include Gloria Estefan, Paula Abdul, Big Time Rush, Jimmy Fallon and The Roots, Fitz and the Tantrums, Mario Lopez and family, Ziggy Marley, Sean Paul, Kirk Franklin and Jordin Sparks, and more. In addition to the parade performers, we’ll also see some dazzling stuff from Broadway, including performances from the cast of Broadway’s Funny Girl, the cast of A Beautiful Noise, Some Like It Hot, and The Lion King. And, of course, the legendary Radio City Rockettes will also be gracing our TV screens with their talent this year.

We can’t forget the iconic balloons that we see each year at the parade, including Peanuts Worldwide’s Astronaut Snoopy, DreamWorks Animation’s Boss Baby and Nickelodeon’s SpongeBob SquarePants. Some new balloons this year include Bluey by BBC, Diary of A Wimpy Kid by Abrams Books, Dino and Baby Dino by Sinclair Oil and Stuart the minion from Illumination.

Click for next Article
Previous article: How ‘Jeopardy!’ Sparked A Heated Debate With One Bible Clue
Next Post: Celebrity Trailers For Macy’s Thanksgiving Parade Destroyed In Fire