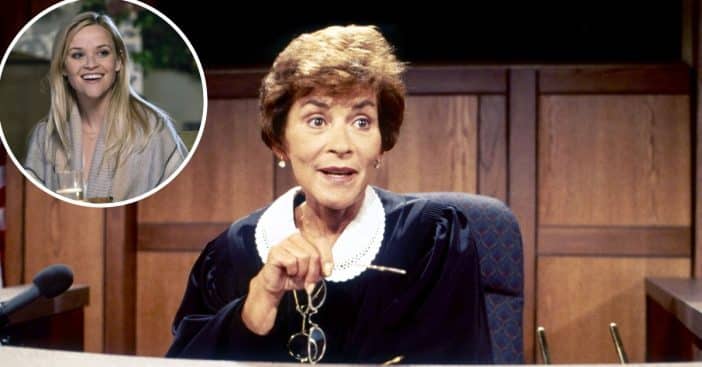 Judge Judy Sheindlin is on to a new adventure on her show Judy Justice after leaving her longtime show Judge Judy. Now, she is revealing who she would want to play her if there were ever a movie about her life. She would pick none other than Reese Witherspoon.

Judy admitted that she is really friends with Reese and called her “a fabulous lady.” She added, “We’re friends, and she gets me, and I know she does. And I think she’s a great actress, and I think she could — if they did, which I would not like — I think that she could carry that off.”

Reese could probably take on the role seeing as she played lawyer Elle Woods in the classic Legally Blonde series. Unfortunately for fans, there is not a movie about Judy’s life currently in the works.

RELATED: Judge Judy’s Granddaughter Shares What Her Grandma Taught Her

However, the second season of her newest show Judy Justice just began on Freevee. Judy works alongside her granddaughter, Sarah Rose. Sarah is a legal analyst on the show and previously talked about how incredible it was to work with her famous grandma.

Sarah shared in a letter to her grandma, in part, “I love you more and more each day and cannot wait for the future lessons we’ll get to share. You are the light of my life, and I love and respect you more than you know. With your advice and direction, I have all the tools I need to be a strong, independent woman. I am so lucky to have you as my biggest cheerleader and supporter — and very best friend.”

Could you see Reese playing Judge Judy in a film?