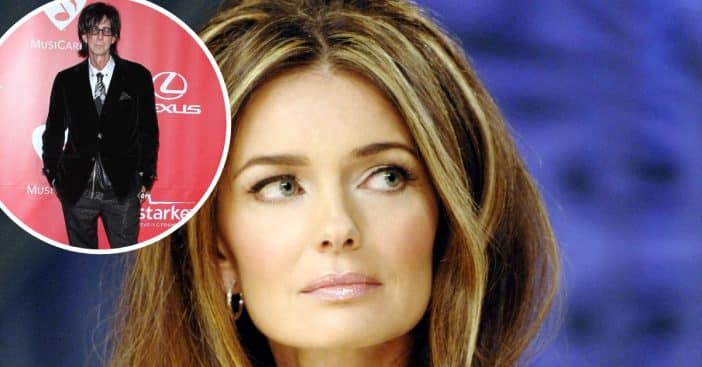 Paulina Porizkova is opening up about the death of her ex-husband Ric Ocasek and the dark thoughts she had following his passing. While they were not married when he died, she was taking care of him while he battled health issues. He ultimately died in 2019 from heart disease.

She revealed, “It’s not even so much that I thought about how to kill myself or when to kill myself; it was just that feeling of, ‘I just don’t know how to go on. I can’t do this anymore. … I just want to go away. I can’t bear waking up tomorrow morning, being the same person with the same feelings. I can’t carry it anymore.'”

Paulina and Ric were separated in 2018 and Paulina said that part of the reason for their separation was that he was very controlling. She explained, “He didn’t want me to do anything. He didn’t want me to go anywhere. He wanted me to be within his circles at all times. I was his sole emotional provider for everything, and I confused that with love.”

RELATED: Paulina Porizkova Asserts Aging Women Are Beautiful, Should Not Be Erased

They shared two sons together and Paulina admitted that she was “devastated” to learn that he had cut her out of his will when he died. She said, “It’s a betrayal. It’s a betrayal of my trust and my love and everything I put into him for years and years and years. And I have no way of knowing what possessed him to do this.”

These days, Paulina has been sharing her struggles with others online in hopes of inspiring others to share. She often shares no-filter selfies to promote healthy thoughts on the aging process.

Click for next Article
Previous article: Reba McEntire’s Red Dress At The 1993 CMA Awards Was One Of The First Wardrobe Scandals
Next Post: Ten ‘Most Beautiful’ Baby Names, According To Linguistic Science