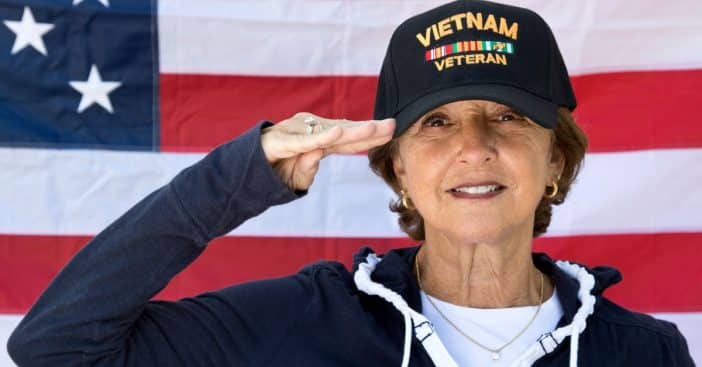 Gladys Hughes, who served in the Coast Guard Women’s Reserve, also known as the SPARS, during World War II, decided to give a clarion call to everyone in celebration of this year’s Veterans Day. “The one question we should ask ourselves is, ‘What can I do to help?’” Gladys stated in an email to Fox News Digital.

“Veterans Day is one way to honor and pay respect to all who have served. The men and women who have served our country are responsible for the many freedoms that we have,” she noted. “In some way, since I was in the military, I know what these veterans have gone through.”

“No, not the war or the fighting — but the mental, physical and emotional strength they have to have to serve our country,” the 99-year-old added. After her service, she became a speech and drama teacher, debate coach, playwright, and she’s currently a writer.

According to her daughter, Bonnie Hughes, Gladys has “written several plays as well as five books.” Nevertheless, she holds her military memories dear. “I have never forgotten that l was in the military,” Gladys said. “Perhaps I was born patriotic. To this day, I am proud to be an American and to have served in the U.S. Coast Guard SPARs.”

“While in the service I learned a great deal,” she added. “I learned not only a lot about myself, but also about our country and my responsibility to it.”

Shedding further light on her time in the Coast Guard, Gladys explained, “I worked in the sick bay. I met many people whose friendships have remained through the years. I learned discipline and the necessity of it. I learned respect.”

For the World War II veteran, military service formed the essence of her being. “It was instilled in me that I was there “to free a man to fight,” she concluded. “Fighting for our country was what had to be done after Pearl Harbor.”

Click for next Article
Previous article: John Aniston, ‘Days Of Our Lives’ Star And Jennifer Aniston’s Father, Dies At 89
Next Post: Jay Leno Speaks Out After Suffering From Serious Burns From An Accident