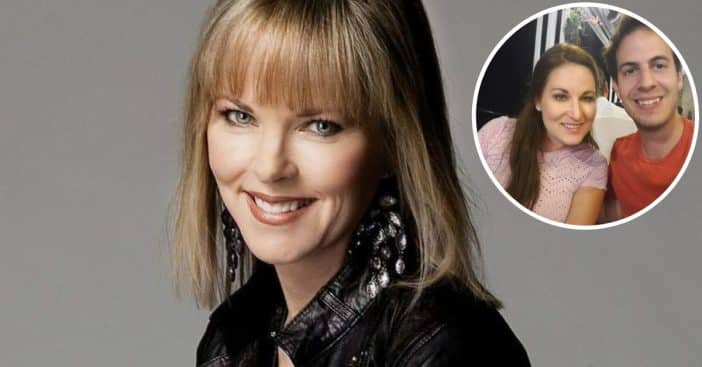 The Canadian child actress Melissa Sue Anderson, famous for her role in Little House on the Prairie, first made her relationship and family preferences known as a teenager. “I’d like to have four to six kids – I like big families,” when asked what she looked for in a man? “What do I look for in a man? What everybody else wants, I guess – someone nice and lovable.”

After 12 years away from Hollywood, Melissa shared that she already knew before the birth of her first child that she would not be able to raise her children alongside her career. “I didn’t want my kids to grow up around a parent who’s being stopped and asked for photographs all the time. They’ve been able to grow up being the stars of the household.”

How Melissa Sue met her husband

After her role in Little House on the Prairie, doors to various shows and TV programs opened for her. One of which was 1987’s Alfred Hitchcock Presents, where she met her soon-to-be husband Micheal Sloan, who was an executive producer on the show.

The lovers got married three years later. A year after their wedding, the couple welcomed their first child, daughter Piper Sloan in 1991, and five years later, their second child, son Griffin Sloan in 1996.

After her retirement from Hollywood, Melissa revealed that she enjoyed her life every day away from all the paparazzi, all the celebrity life of Hollywood, and how she got to know the version of herself that exist outside of the life of acting. “It’s nice just being a regular person. It’s good to get to know what I’m like without the acting.”

The Little House on the Prairie star revealed in an interview that Landon put his kids in the spotlight of Hollywood and gave the public more attention than his children. “I remember Michael Landon as a kid with being around his kids and him. And him being stopped signing autographs all the time at his daughter’s birthday party and things like that.”

Melissa continued, “I think that takes so much of the attention that should be on the child away from them and is on the parent, and it’s so wrong, You know the children should be the stars of their little lives.”

Melissa claimed her children pushed her back to acting

The child star further praised herself for the decision to sacrifice her career and give her children the right exposure they deserve. “So, I feel like I did the right thing. I feel like they’ve grown up to be their own people, and they’re secure in themselves, to the point where even they would like to see me work a little.”

Also, Melissa revealed that after being a stay-at-home mom for about fifteen years, her children clamored that she should pick up some acting roles. “You devote your life to raising your kids, and then they start saying, ‘Oh, mom, you should spend more of your time acting again,’ and they start pushing you to do it.”

Click for next Article
Previous article: Daughter Steps Into The Past By Wearing Mom’s 1970s Pan Am Uniform
Next Post: Everything Flight Attendants Notice When You Board a Plane