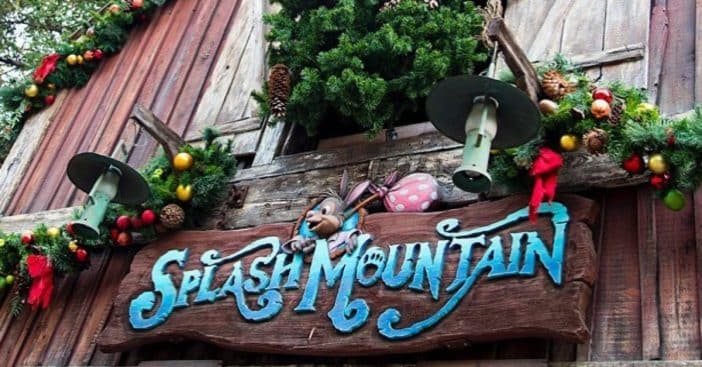 It seems like the days of Splash Mountain are numbered as Disney World is a few steps closer to totally expunging it. The company had announced its intent to revamp the attraction center in 2020 as a result of the petitions that were gotten during the Black Lives Matter movement. The water park ride which is tied to the racist and slavery-glorifying movie, Song of the South, will be replaced by the 2019 movie, The Princess and the Frog.

This is not the first time Disney would reconstruct one of its tourist sites or characters. One such refurb was the Pirates of the Caribbean Ride in 2017. This time around, the company has decided to retheme one of its iconic attractions, Splash Mountain, to Tiana’s Bayou Adventure.

Splash Mountain is one of the most iconic attractions located at the frontier land of Magic Kingdom. The ride is very refreshing as it moves through a colorful southern bayou, past over 100 audio-animatronics of frogs, alligators, and other creatures. Guests enjoy a relaxing musical cruise song, “Zip-a-Dee-Doo-Dah,” one of the soundtracks from the movie it was based on, plays as they drift through the creek and a 5-story splashdown. With all its fun, why would this attraction need a retheme?

Splash Mountain was based on Song of the South, a 1946 film that depicted racism in the American South. As a result, the film itself has been wiped out and cannot be found on any DVD or streaming platforms. Although the attraction site has no relevance to Uncle Remus, the narrator who is depicted as a racist stereotype, the company still finds it necessary to expunge it.

Fredrick Chambers, a Disney cast member, reveals, “The bones of the attraction are good, but I think it’s time for us to take a serious look at where our stories come from and how people of color are represented on screen and in the parks.”

Splash Mountain to be remodeled after ‘The Princess and the Frog’

Disney announced that Splash Mountain would be rethemed to the animated film, The Princess and the Frog. The park, which is said to be ready by late summer of 2024, would also be renamed Tiana’s Bayou Adventure. The characters, Br’er Rabbit, Br’er Bear, and Br’er Fox, would be replaced by Princess Tiana, Prince Naveen, Louis, Mama Odie, and the other characters.

While there is excitement about the inclusion of the colored Princess-themed park, there is also a majority opinion on whether Splash Mountain should be removed. The movie no longer exists; most people would not see any offense in its elements. Instead, Disney World should focus on changing one of its locations, the Haunted Mansion Attraction, which depicts clear cases of suicide. In an era when efforts are being made to reduce suicide rates, a place of fun and relaxation should not be a reminder to its guests who have been affected by suicide or anyone else.

Maybe, this time around, the company would listen to one of the many cries of its guests/attendees.